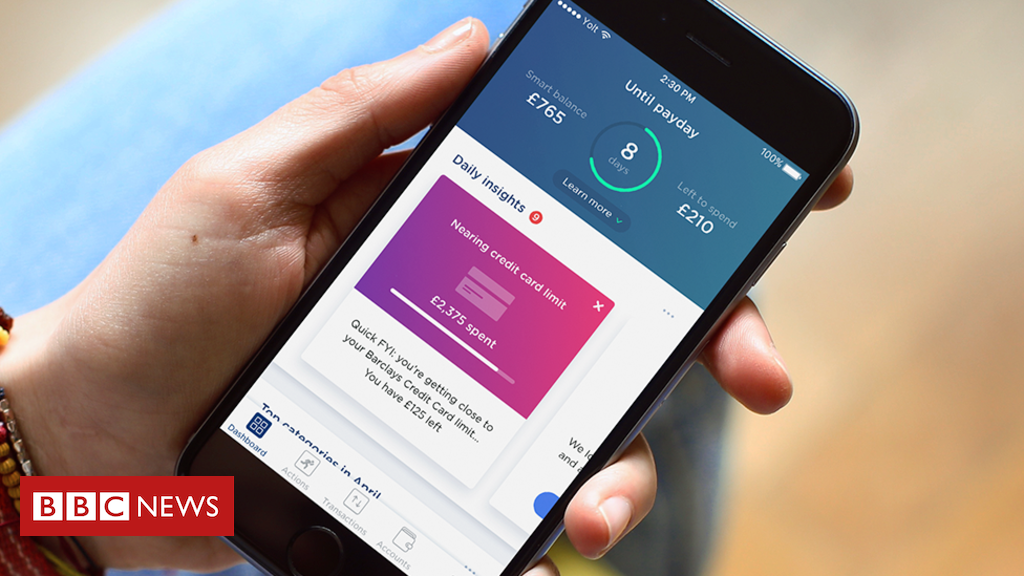 A fundamental change to the way people can bank, manage and spend their money in the digital world is under way.

A change in the law and the start of the Open Banking system means people can allow businesses, other than their bank, to access their financial data.

Organisers say this has the potential for consumers to get better deals, such as cheaper overdrafts, and to speed up the switching process.

But warnings over fraud risks have already been issued.

As part of the same legislation, surcharges for payments made by credit card, debit card, or other payment systems such as PayPal will be banned.

Traditionally, banks have held all our information about our past transactions and spending habits.

A change in UK law now means that banks and building societies must allow regulated businesses access to a customer’s financial data, but only if the customer has given their permission.

The UK’s Open Banking system should ensure that such access is given by the UK’s nine biggest current account providers in a secure way, and without the need for customers to reveal their online banking login details or passwords.

The main idea is that individuals can allow apps and online services to analyse their spending and find better deals on everything from loans and mortgages to shopping and broadband. Customers can give, and withdraw, permission at any time.

Imran Gulamhuseinwala, trustee of the organisation overseeing Open Banking, said: “It is difficult to overstate just how revolutionary open banking could, and should, be. New products will emerge from incumbents and entirely new entrants will join the market.”

Examples of new services include:

The Competition and Markets Authority (CMA) told the UK’s nine biggest current account providers to be ready to start Open Banking by 13 January. However, only four – Allied Irish Bank, Danske, Lloyds Banking Group and Nationwide Building Society – will be fully ready to begin.

A maximum of six extra weeks of preparation time has been given to Barclays, Bank of Ireland, RBS and HSBC by the CMA. Santander-owned Cater Allen, which offers business accounts, has been given an extra year.

Surveys have suggested that most customers are reluctant to give out too much information about themselves.

Only firms which are regulated and registered on a directory will be allowed to take part in Open Banking. However, NatWest, one of the banks ordered to be ready for the new system, has warned that fraudsters could mimic these firms to trick people into giving them access to their accounts.

Such a fraud could leave consumers at risk of losing their money.

New financial service providers are also expected to be targeted by hackers, although they must prove their robustness to regulators.

Gareth Shaw, of consumer group Which?, said: “Open banking has the potential to offer consumers more control of their finances and boost choice but it also comes with potential risks around data privacy and security.

“Regulators and industry must ensure that customers are properly protected from data breaches and scams, which is vital if consumers are to use these services with confidence and trust.”

If a mistake is made by a regulated service using Open Banking, such as money going missing from an account, then a consumer should be compensated by their bank. If the fault is with a third party, then the bank must make a claim to that business.

The changes surrounding access to financial data have been introduced as the EU’s second payment services directive comes into force in the UK.

The same legislation will bring an end to the extra cost added on at the end of the process of buying something online, such as a flight ticket, when using a credit or debit card, or being hit with a surcharge when using a card in a small shop.

The Treasury estimates that surcharging cost British consumers a collective £166m in 2015.

The legislation also means bank and building society customers will have the right to a free, monthly, paper bank statement.