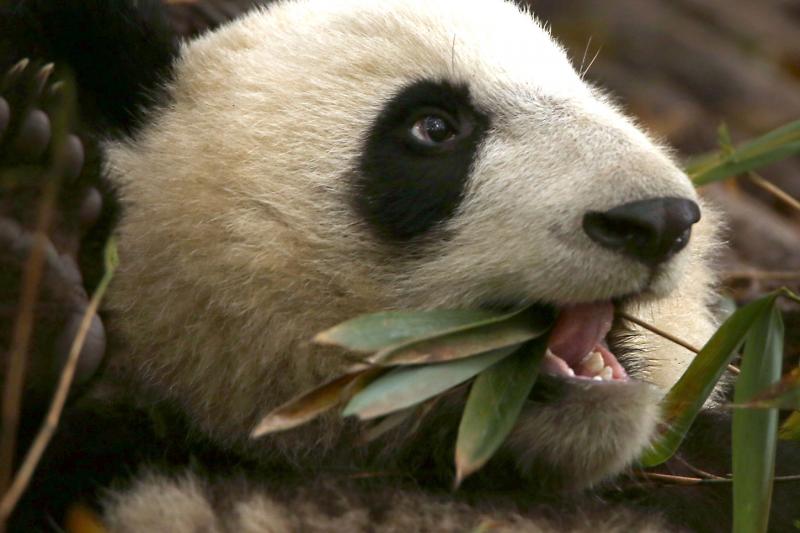 May 3 (UPI) — Today, pandas largely feast on a vegetarian diet dominated by bamboo, but they descended from carnivores and their bodies still operate that way, a new study says.

While the panda’s diet is plant-based, it’s protein and carbohydrate intake looks more like a hypercarnivore, which gets more than 70 percent of its those nutrients from eating other animals.

The findings were published Thursday in Current Biology.

“Based on what they eat, giant pandas absolutely belong to the herbivores — but considering the macronutrient composition of the ingested and absorbed diets, they could also belong to the carnivores,” Fuwen Wei, a researcher from the Chinese Academy of Science and study author, said in a news release.

Throughout their evolution , giant pandas acquired herbivore traits, such as a jaw musculature, skull and teeth that work well when eating high fiber diets. They’ve also lost the ability to taste meat.

Over time, however, the animal never lost its carnivore gut. The giant panda’s stomach still has a digestive tract and digestive enzymes of a meat eater.

Roughly 50 percent of the energy a panda takes in comes from protein. The researchers say even the panda’s milk looks like a carnivore.

“They are herbivores with respect to the foods they eat, but the macronutrient mix of the diet is more like carnivore,” said David Raubenheimer, a researcher at the University of Sydney and study author.