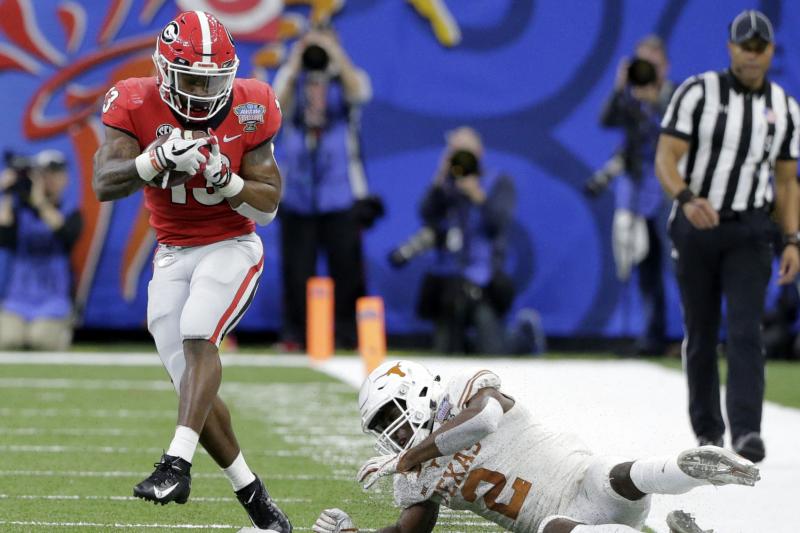 Holyfield’s name wasn’t called during the 2019 NFL Draft. He is the son of four-time heavyweight boxing champion Evander Holyfield.

The former Georgia running back had 1,018 yards and seven scores on 159 carries during his junior season for the Bulldogs.

Holyfield ran an underwhelming 4.78-second 40-yard dash at the 2019 NFL scouting combine. He also did 26 reps on the bench press, had a vertical jump of 29.5 inches and a broad jump of 118 inches. The 5-foot-10, 217-pound running back projects as an NFL backup or special teams player, according to his NFL.com draft profile.

The Panthers also added to their backfield by taking Florida’s Jordan Scarlett in the fifth round of the draft on Saturday. Christian McCaffrey enters the season as the Panthers’ top back.

Carolina also heads into camp with Cameron Artis-Payne, Reggie Bonnafon and Elijah Hood on its depth chart at running back.