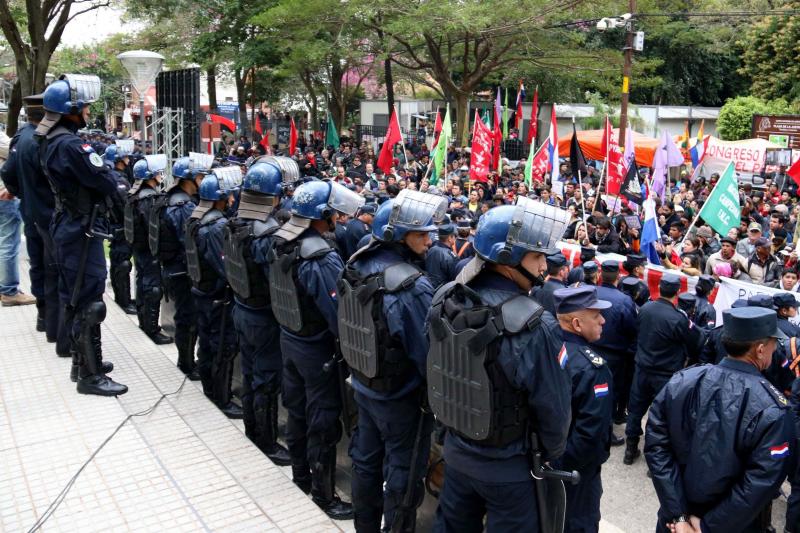 March 12 (UPI) — Paraguay is considering the use of its armed forces to control detention centers housing the Brazilian gangs leading recent prison riots in the country.

“We are going to use the armed forces dissuasively outside the jail, so as to avoid these things,” he said.

On Monday, the group took four jail guards hostage at the Concepcion jail. Released after several minutes, one of freed guards had serious injuries and was airlifted to a hospital in the capital. A similar incident happened last week in Coronel Oviedo, Ultima Hora reported.

Brazilian gangs introduce drugs and weapons into Brazil through the country’s border with Paraguay. Illegal products often ending up in crime-ridden poor neighborhoods in Brazil’s bigger cities, known as favelas.

In December, members of the Comando Vermelho escaped a prison, leading to the arrest of 18 police officers in charge of security.

Also late last year, a jailed Brazilian crime leader killed a teenage girl in his cell in an incident that led to his expulsion and strict sanctions within the Paraguayan police.

Abdo and Bolsonaro have an agenda that includes enabling renegotiations over the Itaipu binational hydropower dam and related financial issues, including prices.