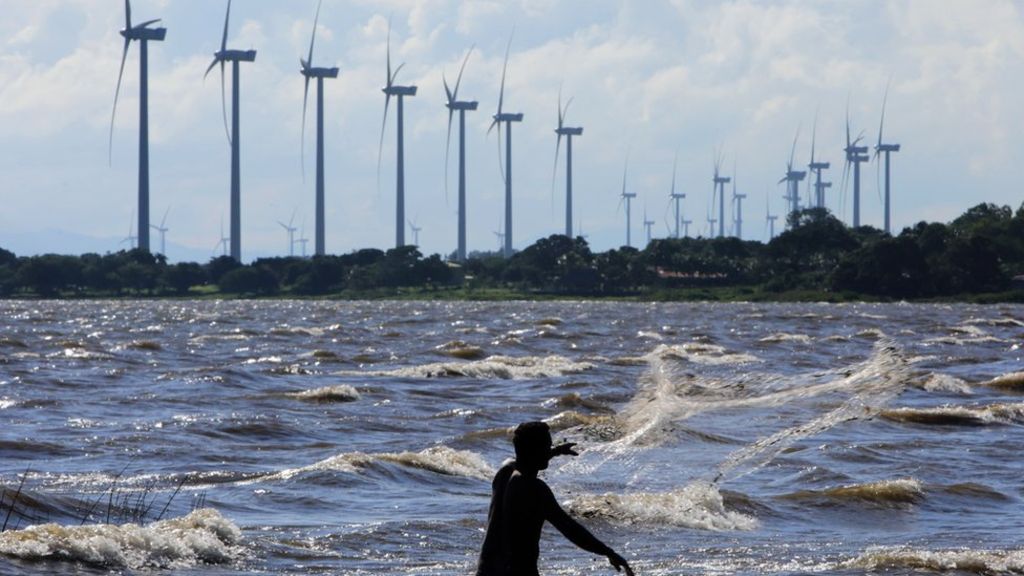 The study is one of several to address the “carbon budget”, which – among other things – determines how much CO2 the planet can emit and still reach a given limit for global warming.

It indicates the 2015 target, perceived by some as tough, could be met with very stringent emissions cuts.

It used computer models that project climate behaviour into the future.

The aim of the Paris deal was “holding the increase in global average temperature to well below 2C above pre-industrial levels and pursuing efforts to limit temperature increase to 1.5C.”

But scientists admit they were taken by surprise by the ambition of the 1.5C figure.

The results of the work with computer models have been published in Nature Geoscience. This type of work necessarily contains uncertainties regarding the way the Earth’s climate will respond in future and how quickly societies can move away from fossil fuel use.

But the study authors say: “Pursuing ‘efforts to limit the temperature increase to 1.5C’ is not chasing a geophysical impossibility”.

Co-author Michael Grubb, from University College London, said: “This paper shows that the Paris goals are within reach, but clarifies what the commitment to ‘pursue efforts to limit the temperature increase to 1.5C’ really implies.”

Those commitments would require strengthening the nationally determined contributions (NDCs) – the pledges to cut emissions contained in the Paris agreement.

Previous estimates of the remaining 1.5C carbon budget, based on the Intergovernmental Panel on Climate Change’s (IPCC) Fifth Assessment of the climate, were around four times lower.

But unlike those figures, which relied on one line of evidence, the new study uses multiple approaches to examine the same question, arriving at a rather different result.

Co-author Prof Pierre Friedlingstein, from the University of Exeter, said: “This is very good news for the achievability of the Paris targets.”

Prof Myles Allen, another author, from the University of Oxford, told BBC News: “In the main body of the IPCC assessment, what it would take to meet a 1.5C goal wasn’t assessed in any detail. To be honest, it wasn’t thought to be the policy priority at the time.

“Perhaps it should have been, but that was the view of the academic community then. But the ambition of Paris caught a lot of people by surprise.”

The climate models are exaggerating. The predictions are too alarmist. The Tuvaluans and other islanders are safer than we thought. These are among the conclusions that some might reach from this latest work. In reality, nothing is quite that straightforward. The models are simulated approximations of possible futures. Inevitably they are going to be at least slightly adrift of reality, either in the amount of warming or its timing.

They come with caveats and margins of error. In many ways, it’s remarkable that these computer constructs are even roughly on track. And models designed to come up with very broad potential outcomes for the end of the century may not be fine-tuned enough to give more detailed forecasts year-by-year.

The authors themselves are anxious that their research is not misunderstood. The need for urgent action to reduce emissions is unchanged, they say. It’s just that the most ambitious of the Paris Agreement targets is not as unachievable as many once thought, that there is time to act, though the task remains a monumental one.

Myles Allen added: “For a two in three chance of keeping temperatures within 1.5C, we’d have to reduce emissions in a straight line to zero from where we are now over the next 40 years.

“It’s possible, but extremely challenging. So if people are saying: can we now relax? That’s not the right message to take at all.”

Scientists agree urgent action will be needed to tackle the effects of rapid temperature increase over the next century.

But a study earlier this year in the journal Nature Climate Change suggested the allowable carbon budget had probably been overestimated.

It said the “pre-industrial baseline” used to benchmark present day warming was probably older than the IPCC had assumed.

Therefore, the degree of warming since that baseline was probably greater than had been believed.

On Twitter, one of the authors of that report, Prof Michael Mann, said the latest research in Nature Geoscience, “doesn’t account for [the] pre-industrial baseline issue we examined”.

He added: “There is some debate about [the] precise amount of committed warming if we cease emitting carbon immediately. We’re probably very close to 1.5C.”

Meanwhile, another paper in Nature Geoscience, by Gunnar Myhre, from the Center for International Climate and Environmental Research, in Oslo, and colleagues, suggests the greenhouse effect caused by human-induced CO2 emissions is now half-way to doubling compared with pre-industrial conditions.

Although the concentrations themselves have not yet reached the halfway mark, this is being described as an iconic watermark.