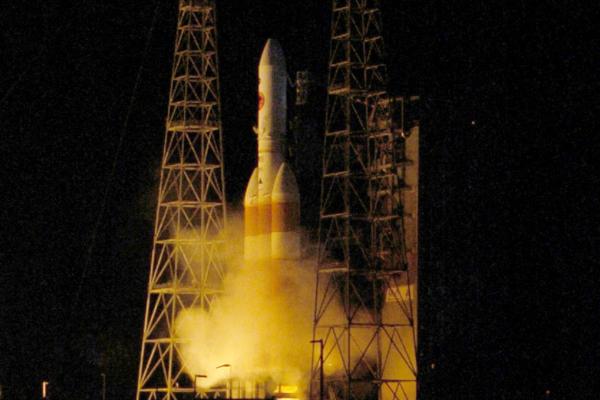 Aug. 12 (UPI) — The Parker Solar Probe’s second launch attempt in a mission to touch the sun was successful early Sunday.

The engines were blazing golden in the clear night sky during ascent.

“It was a very quiet launch countdown, it went off like clockwork,” NASA Launch Director Omar Baez said. “Parker Solar Probe has been one of our most challenging missions to date.”

Shortly afterward, mission managers confirmed that the spacecraft’s solar arrays successfully deployed. The spacecraft, provided by Northrup Grumman, was operating on its own power.

Last week, scientists attached the probe to the United Launch Alliance Delta IV Heavy rocket that will carry the spacecraft into space. On Friday, NASA removed the Mobile Service Tower, the scaffolding surrounding the rocket and payload.

After escaping Earth’s gravity, the probe will travel nearly 90 million miles. It will pass within Mercury’s orbit and skim through the outer layers of the sun’s atmosphere, within 3.8 million miles of the sun’s surface, exposing itself to temperatures as extreme as 2,500 degrees Fahrenheit.

Both along the way and during its trip through the sun’s corona, the solar probe’s instrument suite will detect and measure the movement of the particles — electrons, protons and ions — that make up the corona, the sun’s atmosphere, and the solar winds generated there.

“The Parker Solar Probe’s observations will help us answer questions like: Why is the corona a couple million degrees hotter than the sun?” Eric Christian, a space scientist at NASA’s Goddard Space Flight Center, told UPI. “Another question we hope to answer is: Why is the solar wind accelerating up to very high speeds in the corona? Some high-energy solar particles accelerate to nearly half the speed of light, and we don’t know why.”

In addition to helping scientists better understand our own little corner of the universe, the revelations inspired by Parker and its instruments will help scientists study sun-like stars elsewhere in the cosmos.

“Solar wind and space weather affect habitability, so understanding the dynamics of faraway stars can help us predict which stars are most likely to host habitable planets,” Christian said.’

Parker Solar Probe is the fourth mission this year for NASA’s Launch Services Program, which is responsible for launch service acquisition, integration, analysis and launch management for each mission.