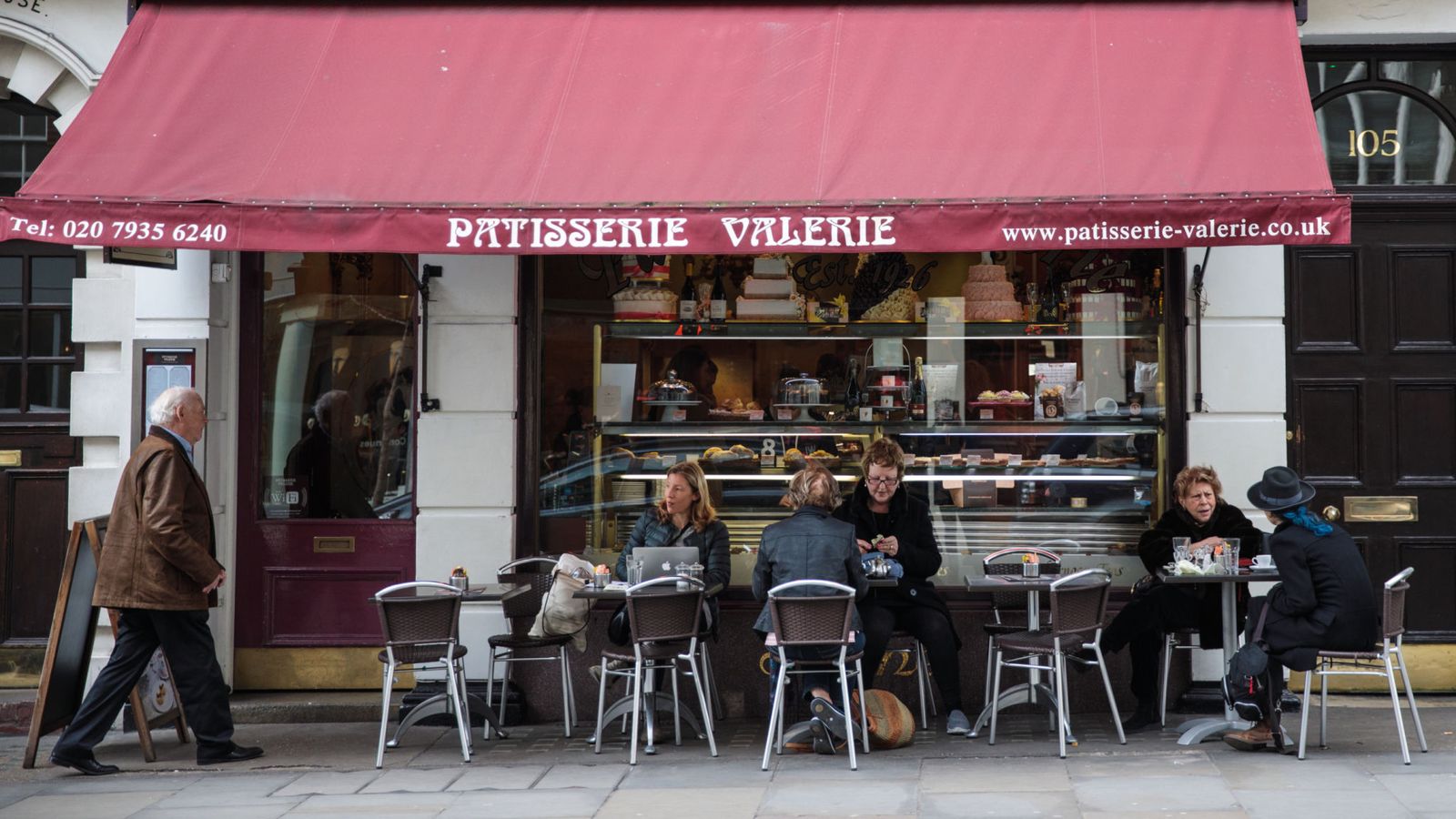 The owner of Patisserie Valerie, one of ‎Britain’s largest chains of casual dining outlets, will be plunged into crisis on Wednesday when it reveals that it has found a multimillion pound black hole in its accounts.

Sky News has learnt that Patisserie Holdings, which trades using the ticker CAKE,‎ is likely to have its shares suspended as a result of the discovery of financial irregularities.

The ‎situation will create a huge headache for Luke Johnson, one of Britain’s best-known and most successful entrepreneurs, who is Patisserie Holdings’ executive chairman and largest shareholder.

A leisure industry source said on Tuesday night that Chris Marsh, Patisserie Holdings’ finance director, was likely to be suspended or temporarily step aside during an investigation into events at the company.

The source said directors had found “a series of apparent financial irregularities”‎, although there was no suggestion that Mr Marsh was being accused of any wrongdoing.

Further details of the investigation were unclear although there were suggestions that the hole in the accounts could be £20m or more.

Mr Johnson, who sits on a number of company boards, ‎is particularly attached to Patisserie Holdings, having bought a 70% stake in Patisserie Valerie in 2006.

He is a serial entrepreneur who has enjoyed huge success with restaurant chains including Pizza Express, and this year has tried to engineer takeovers of others, such as Gaucho, which collapsed into administration during the summer.

At Tuesday’s closing share price of 429.5p, which valued Patisserie Holdings at almost £450m, Mr Johnson’s stake in the business was worth approximately £200m.

The discovery of a black hole in its accounts could raise awkward questions for the company’s auditor, Grant Thornton, at a time when the Government has placed the level of audit quality in corporate Britain under unprecedented scrutiny.

As executive chairman, Mr Johnson has played a leading role in spearheading Patisserie Holdings’ growth, while the company’s chief executive, Paul May, is one of the leisure sector’s most respected bosses.

‎It now trades from more than 200 stores, and has examined a possible takeover of Bread Holdings, the owner of the Gail’s Bakery chain which Mr Johnson also has a big stake in.

“The group has delivered a strong set of results in a sector which has well-documented challenges,” Mr Johnson said at the time.