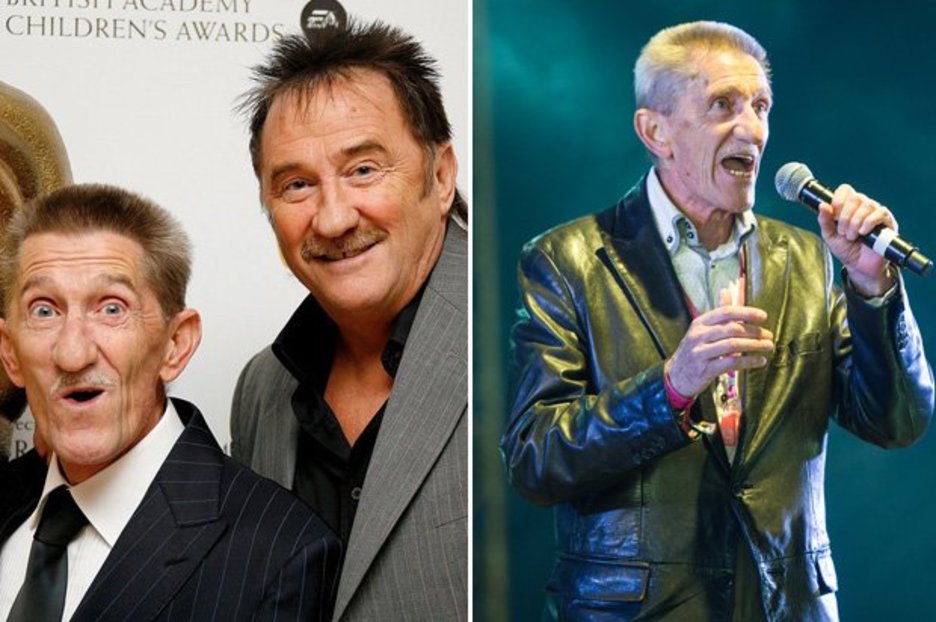 The British TV legend took to Twitter to mark the anniversary of Barry’s death.

Alongside the post, the actor shared a black and white snap of himself with the star.

Within minutes of the post going live Paul was flooded with messages of support.

“Thinking of you. You were my favourite part of my childhood watching ChuckleVision,” one fan replied.

Another added: “Big love and hugs.”

“Always be remembered! Gone but not forgotten, sending my thoughts,” a third continued.

In a statement released shortly after Barry’s death, Paul said: “I’ve not just lost my brother, I’ve lost my theatrical partner of many, many years and my very best friend.”

The comedy duo were most famous for BBC show ChuckleVision, which ran from 1987 until 2009.

A post on Facebook confirmed the sad news: ” I just thought I’d let you know that the Chuckle Brothers’ older Brother Jimmy Patton has sadly passed away.

“Jimmy was a big part of ChuckleVision and the stage shows where he played the character No Slacking. RIP Jim Lad. And No Slacking.”