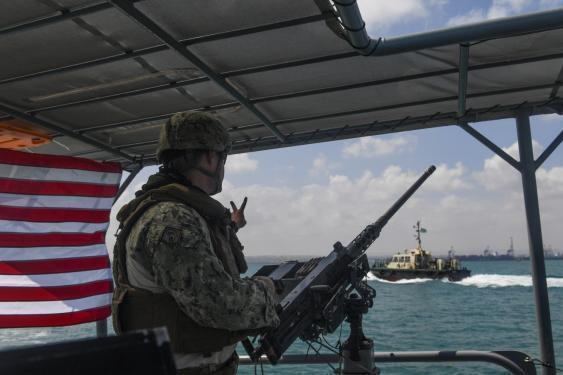 Nov. 15 (UPI) — The Department of Defense announced Thursday the withdrawal and realignment of some U.S. Africa Command Counter Violent Extremist Organization, in accordance with priorities outlined in this years National Defense Strategy.

The realignment projects a reduction of under 10 percent of the 7,200 troops assigned to Africa Command over the next several years.

C-VEO missions in Somalia, Djibouti and Libya will be mostly unaffected, while in West Africa the operations will shift from direct tactical assistance to an advisory, assistance and intelligence capacity.

The New York Times reported earlier this year that projected drawdowns in Africa Command would be mostly composed of special operations forces engaged in counter-insurgency operations in Central and West Africa.

The U.S. presence in Africa has involved small numbers of troops scattered across over 50 countries and performing a variety of missions including operations against extremist and insurgent groups.

Africa Command, the newest of the Pentagon’s commands across the globe, has relatively few personnel compared to other commands and is scattered over a huge, complex landmass with hundreds of languages and ethnic groups.

Its deployments have received renewed attention over the last year after the deaths of four Special Operations personnel in Niger following an October 2017 ambush by Islamic extremists.