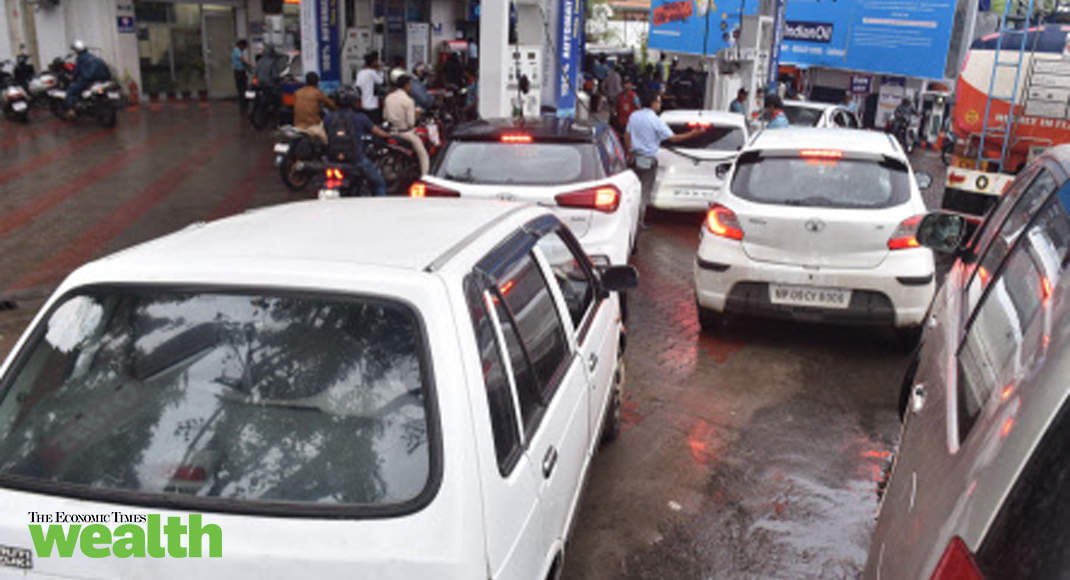 Petrol price was Saturday hiked by a minimum Rs 2.40 per litre and diesel by Rs 2.36 after Finance Minister Nirmala Sitharaman raised taxes on the fuels to part-fund her Budget for 2019-20.

Petrol price in Delhi was increased by Rs 2.45 per litre to Rs 72.96 while the increase in Mumbai was Rs 2.42 to Rs 78.57, according to a price notification issued by state-owned Indian Oil Corp (IOC).

Sitharaman had on Friday raised excise duty and road and infrastructure cess on petrol and diesel by Rs 2 per litre each to raise Rs 24,000-28,000 crore on an annual basis.

Post considering local sales tax or value-added tax (VAT), which is charged after adding central excise duty on base price, the increase in pump rates was higher.

On top of these, VAT is charged which varies from state to state. In Delhi, VAT is levied at the rate of 27 per cent on petrol and 16.75 per cent on diesel. In Mumbai, VAT on petrol is 26 per cent plus Rs 7.12 a litre additional tax while diesel attracts 24 per cent sales tax.

The BJP-government at the centre had raised excise duty on petrol by Rs 11.77 a litre and that on diesel by Rs 13.47 a litre in nine instalments between November 2014 and January 2016 to shore up finances as global oil prices fell.