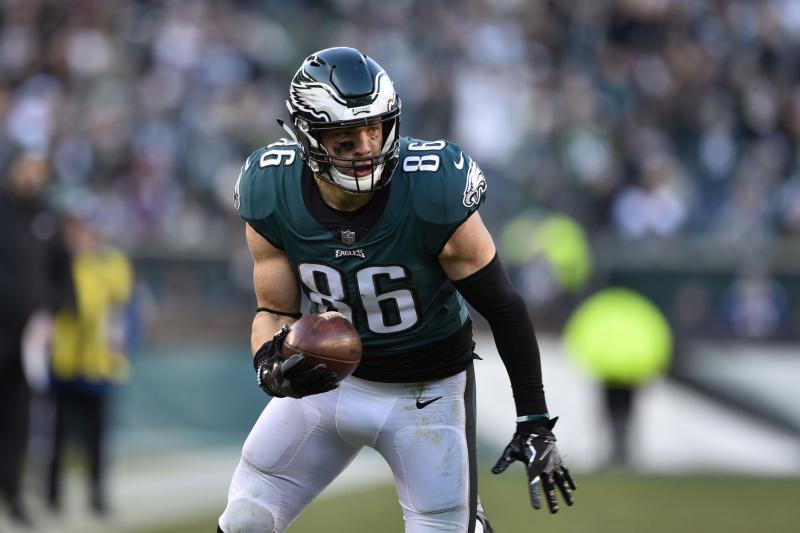 Dec. 27 (UPI) — Philadelphia Eagles tight end Zach Ertz was ruled out for Sunday’s regular-season finale against the New York Giants with back and rib injuries, the team announced Friday.

League sources told ESPN and NFL Media that Ertz sustained a fractured rib in last week’s game against the Dallas Cowboys. According to the team’s official injury report, the veteran pass-catcher failed to practice this week and was later ruled out.

Ertz suffered the rib injury after he took a hard hit from Cowboys safety Xavier Woods in the first quarter Sunday. He entered the locker room but returned to finish the game, recording four catches for 28 yards against Dallas.

“Medically, I want to make sure he’s 100 percent,” Eagles head coach Doug Pederson told reporters Friday. “Zach is a tough guy. I know he wants to be out there, but at the same time, I’m not going to risk anything further for him personally.”

Wide receiver Nelson Agholor (knee) also was ruled out for Sunday’s game, while offensive tackle Lane Johnson (ankle) and cornerback Jalen Mills (ankle) are questionable. Running back Jordan Howard was medically cleared to return from a shoulder stinger and will play against the Giants.

The Eagles (8-7) must beat the Giants (4-11) on Sunday to clinch the NFC East and secure a postseason berth. If the Eagles lose, Philadelphia will depend on a Cowboys loss to the Washington Redskins to reach the playoffs.