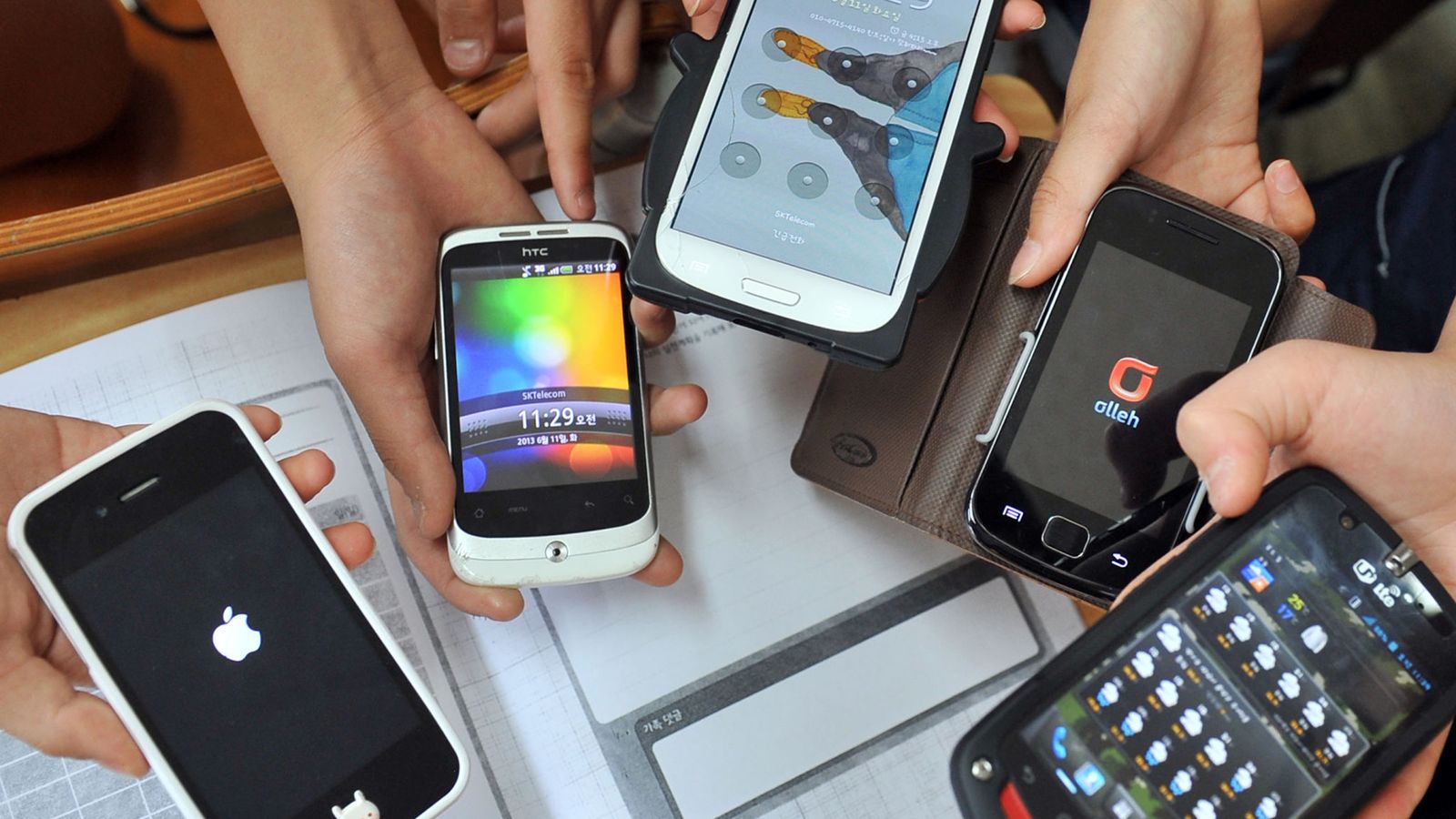 Mobile phones should be banned from classrooms and children should be taught about the dangers of the devices, the schools minister has said.

Nick Gibb said he hoped that children would be limiting their own phone use at home, but that the schools had a responsibility to encourage positive habits.

“Schools obviously are free to set their own behaviour policies but my own view is that schools should ban mobile telephones and smartphones inside school, and particularly inside classrooms.”

He said that the government would introduce lessons for pupils on how to limit their screen time.

The interview, with The Times newspaper, follows guidance that children should take a break from their phones two hours before sleep.

A suggestion of a bedtime ban on phones by chief medical officer Dame Sally Davies was part of advice that was “still being finalised”, according to the department for health and social care.

More on this story

Mr Gibb is not the only official to have criticised the use of smartphones in schools, and countries including France have banned the use of the devices in classrooms.

Sir Michael Wilshaw, the former head of Ofsted, said devices were disrupting lessons and that “any sensible head would ban mobile phones”.

“It’s far too distracting for children having mobile phones,” he said. “Texting, sexting, all this takes place. Mobile phones go off in classrooms, disrupting lessons. Ban them.”

Studies into mobile phone use among children have been varied in their conclusions.

One recent study bu Rutgers University in the US found that students scored the equivalent of half a grade less in end-of-term exams if allowed to use their devices for non-academic reasons in the classroom.