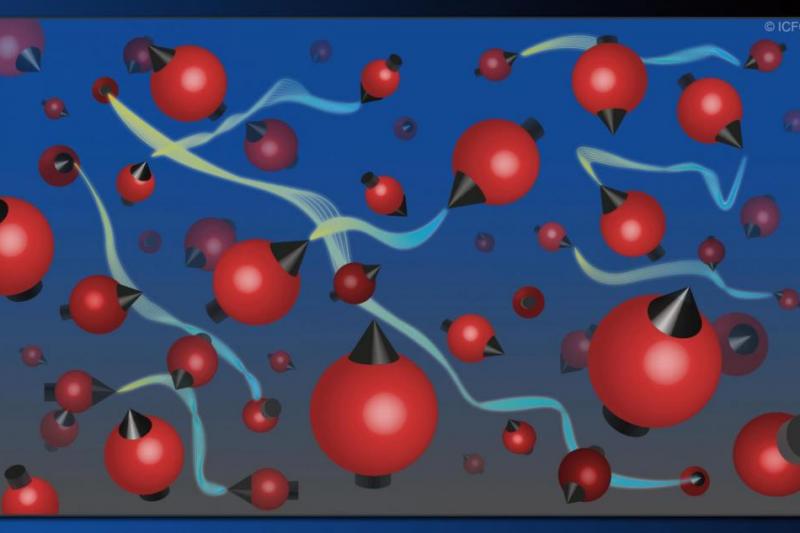 May 15 (UPI) — Scientists have observed an unexpectedly large quantum system featuring 15 trillion entangled atoms, according to a new study.

Quantum entanglement describes the connection between separate particles. The phenomenon is key to the promise of quantum computing, quantum encryption and other quantum technologies.

Usually, quantum entanglement features a pair of coupled atoms or electrons. Entangled states are quite delicate. To ensure entangled particles remain undisturbed, many quantum systems must be isolated and kept at temperatures approaching absolute zero, limiting their practical viability.

For the new study, published Friday in Nature Communications, researchers heated a cloud of gas atoms to temperatures upwards of 450 Kelvin. The atoms were far from isolated. Every few microseconds, billions of gas atoms would collide, causing their electrons to spin sporadically in different directions.

“If we stop the measurement, the entanglement remains for about one millisecond, which means that 1,000 times per second a new batch of 15 trillion atoms is being entangled,” first study author Jia Kong, researcher at the Institute of Photonic Sciences in Spain, said in a news release.

“And you must think that one millisecond is a very long time for the atoms, long enough for about fifty random collisions to occur,” Kong said. “This clearly shows that the entanglement is not destroyed by these random events. This is maybe the most surprising result of the work.”

Researchers already use sensors featuring hot, high-density atomic gases in the field of magnetoencephalography, the study of the brain’s magnetic signals. The addition of entanglement could help scientists study the magnetic signals of the brain at higher resolutions.

“This result is surprising, a real departure from what everyone expects of entanglement,” said co-author Morgan Mitchell, professor at IFCO. “We hope that this kind of giant entangled state will lead to better sensor performance in applications ranging from brain imaging to self-driving cars to searches for dark matter.”