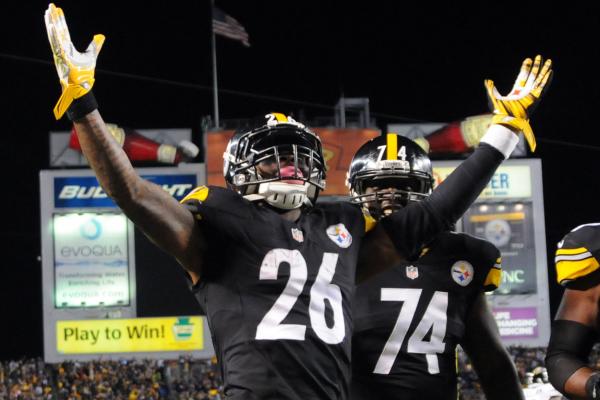 Pittsburgh Steelers running back Le’Veon Bell has not appeared at practice yet, but he hinted when he will arrive.

Bell has told some of his teammates that he will report on Monday, according to the Pittsburgh Post-Gazette. That means Bell would get back to work on Labor Day.

Bell has not yet signed his tender, and the deadline to sign a multiyear deal passed in July.

Monday would be the first day of practice of the week leading up to the Steelers’ regular-season opener against the Cleveland Browns.

Last year, Bell reported six days ahead of the team’s first regular-season game, so it appears he will follow the same schedule this year.

He arrived a few days before his first practice in 2017 to take a physical, and it is unclear whether he will do that again this time.

The Steelers will have a roster exemption for up to two weeks for Bell after he reports. He played in the season opener last season despite missing the preseason.

Bell was named a first-team All-Pro last season for the second time in four years.

In last season’s opener against the Cleveland Browns, he rushed for just 32 yards on 10 carries and caught three passes for 15 yards.