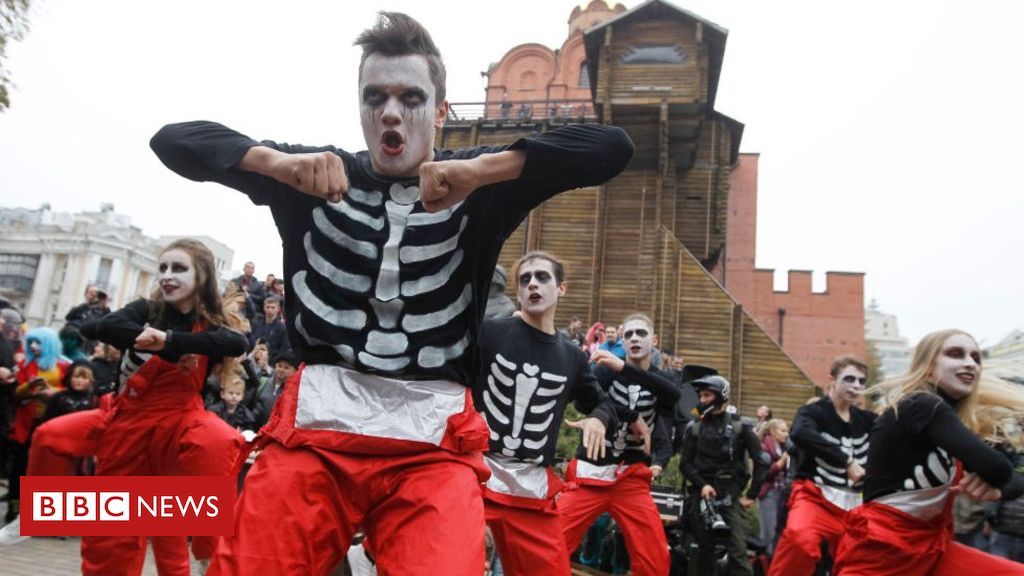 There is one part of the film industry booming after the onset of Covid-19 – movies that deal with infections, particularly on a global scale.

Docuseries such as Pandemic: How to Prevent an Outbreak on Netflix, and films such as Steven Soderbergh’s Contagion from 2011 have been enjoying unprecedented streaming numbers as audiences seek to understand current events.

Featuring an ensemble A-list cast including Gwyneth Paltrow, Kate Winslet, Matt Damon, Lawrence Fishburne, Jude Law and Marion Cotillard, Contagion documents the spread of a virus which originates in Asia and causes global lockdown. However, its sober tone is the opposite to the bombast of the traditional “disaster” movie, and it was made with the input of medical experts at Columbia University.

“I didn’t want to show 200 people dropping dead at the same time in one scene,” director Steven Soderbergh explained at the time of the film’s release.

“As soon as you make it feel like a movie, you give the audience the ability to step away from it, and put a barrier in between them and what they are seeing – and we didn’t want to do that.”

Contagion may have set a gold standard in terms of movie realism – nevertheless, historically a whole film subculture has historically been rooted in fear of infection and disease.

The “monster” movie, part of the wider horror genre, has acquired new relevance. It’s about the fear of being bitten, and so infected with a contagion that’s irreversible.

“If you look at werewolf films, such as 1981’s An American Werewolf in London, that’s about the fear that something will bite you and you’ll pass the infection on to someone else,” says BBC Culture film critic Nicholas Barber.

“Then you’ve got vampire films, which are even more closely linked to disease and epidemics. In the 1922 Dracula adaptation, Nosferatu, there’s a scene where rats pour out of a coffin, and people start dying in the village and they blame the plague. Vampire films really are about infection and plague and disease.”

In one scene at the start of 28 Days Later, actor Cillian Murphy stands in a deserted London, silent after being ravaged by a mysterious, incurable virus.

“Zombies used to be these shambling, reanimated corpses that lurched through graveyards and they tended to comment on consumerism and social unrest, “explains Barber.

“That really changed with 2002’s 28 Days Later. In that, zombies are actually called ‘the infected’, they’re no longer reanimated corpses, they are people who have been infected by a virus.

“World War Z, on the other hand, is really about globalisation, and how these infections don’t just take over a city, they spread throughout the world, as we’re seeing now. That was the zombie movie that covered it, and that’s what is so unprecedented about what we are seeing now.”

The loneliness of isolation after infection has also been covered by Hollywood – most famously by 2007’s I am Legend, directed by The Hunger Games’s Francis Lawrence and starring Will Smith.

An adaptation of a 1954 novel by Richard Matheson, Will Smith seems to be the only uninfected survivor in New York City after a virus, originally a new cure for cancer, kills billions of people and turns nearly everyone else into cannibalistic mutants called Darkseekers.

Perhaps creating the horrible and fantastical in film has been the human way of dealing with our vulnerability to viruses as a species.

Nevertheless, the idea of the victory of the human spirit – which can defeat and outsmart even a deadly virus – was seen most recently in 2016’s 93 Days, a film directed by Steve Gukas and starring Danny Glover. It was based on a true story of how a dedicated medical team managed to prevent an Ebola outbreak in Nigeria by containing it, even if it meant sacrificing their own lives.

That idea of human triumph against impossible odds is likely to be a recurring theme in the films that emerge from screenwriters’ self-isolation.

“There’s a lot coming out of the coronavirus to inspire countless screenplays to come,” says Nigel M Smith, movies editor for People magazine.

“If you look at what happened after 9/11, it was only a year or so when Hollywood began making films out of these stories. The industry has a tendency to do things like that.”

But perhaps it’s just as well that a sequel to World War Z was cancelled last year. Would the public pay to watch a pandemic full of infected zombies, after living through the time of Coronavirus?

This report is part of a special BBC Talking Movies programme on the effects of Covid-19 on the film industry. It will broadcast on BBC World News, the BBC News Channel and BBC i player from 3 April 2020. Follow @talkingmovies on Facebook and @BBCTalkMovies on Twitter.