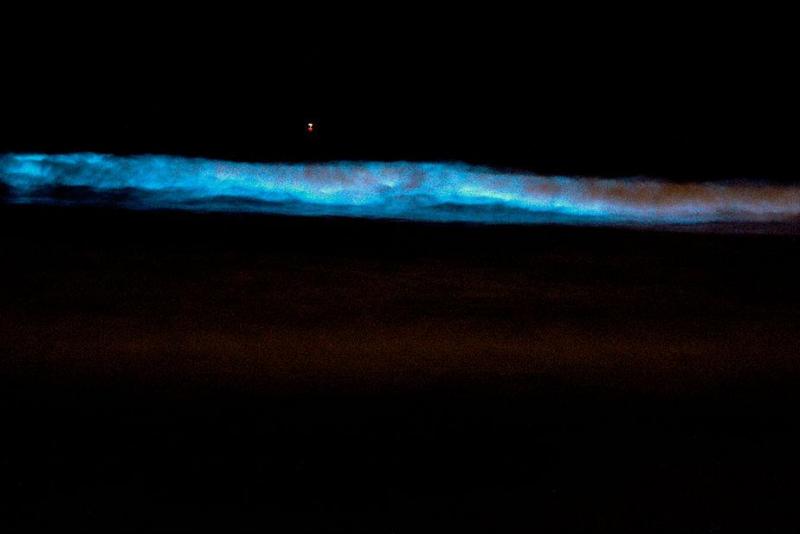 June 17 (UPI) — At least one species of dinoflagellate plankton uses its bioluminescence for defensive purposes.

According to the new study — published this week in the journal Current Biology — the bioluminescent cells sense low concentrations of copepodamides, polar lipids emitted by copepod grazers, a group of small crustaceans.

“This in turn helps to better protect them from their grazers, letting them survive longer to reproduce and therefore compete better within the plankton,” Andrew Prevett of the University of Gothenburg, Sweden, said in a news release.

Dinoflagellate plankton were much less likely to be consumed by copepods. The protection provided by bioluminescence may explain why the plankton, which grow much more slowly than their peers, are able to persist in competitive marine ecosystems.

“Earlier studies had shown that dinoflagellates with naturally brighter bioluminescence than L. polyedra were grazed less but still required cell concentrations to be relatively high before all grazing on the bioluminescent cells ceased,” Prevett said. “L. polyedra abundance in our study is low by comparison, and we were surprised at how effective the bioluminescence defense became despite this.”

Scientists aren’t sure how exactly bioluminescence works as a defense mechanism. There are three basic theories.

Some researchers suggest the bright flash tricks predators into thinking the plankton are toxic or harmful. Others theorize that the bioluminescence works like a flash-bang, startling the predator — either triggering an escape response by the copepod or startling the crustacean long enough to allow the dinoflagellate to escape.

“The third theory suggests that the flash acts as a form of burglar alarm, attracting the attention of a larger visual predator, like a fish, which could track and consume the copepod,” Prevett said. “There is evidence to support each of these theories and bioluminescence protection could be combinations of some or all of the above.”

In follow-up studies, researchers plan to explore the ways the fear of being eaten influences the structures and organization of ecosystems.

“These indirect effects of consumers are understudied in unicellular dominated food webs such as marine plankton,” Prevett said. “This paper and other similar results suggest that indirect predator effects are strong drivers in the microscopic food web of the oceans too.”