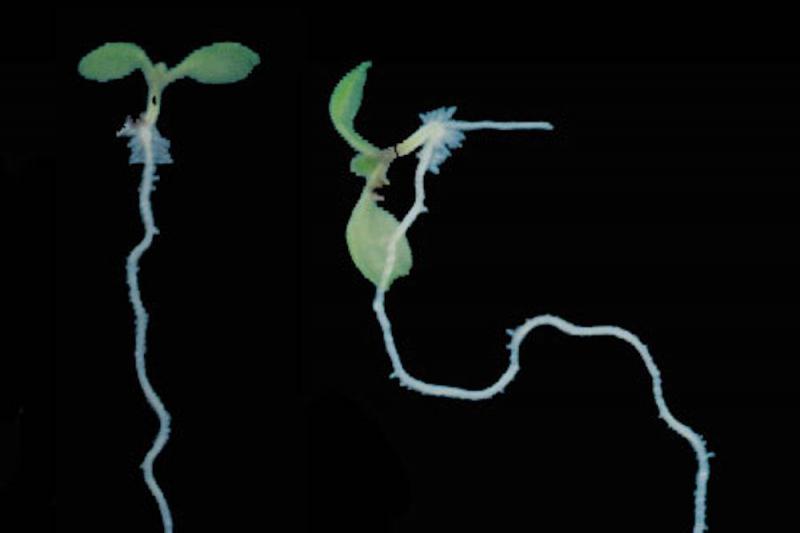 Aug. 2 (UPI) — To make the transition from sea to land, plant roots had to learn to grow downward, to follow gravity. This ability, gravitropism, helped plants anchor to the soil and retrieve water and nutrients.

Scientists have studied gravitropism in flowering plants, but until now researchers had not surveyed root growth patterns across the entirety of the plant kingdom. The survey, published this week in the journal Nature Communications, offered scientists new insights into the evolutionary origins of gravitropism.

For the study, scientists observed the root growth of several different plant types, including mosses, ferns, conifers and flowering plants. Researchers watched as the roots grew horizontally, waiting for them to bend downward and follow gravity.

To determine when plants evolved gravity-driven root growth, scientists analyzed the underlying mechanisms: gravity perception, gravitropic signaling and growth response. Scientists found plant organelles called amyloplasts, granules that synthesize and store starch, working like gravity sensors. The granules sediment in response to gravity, but they only do so in gymnosperms and flowering plants, where the granules are found concentrated at the root tips.

Scientists also identified the hormone auxin as essential to the transportation of gravitropic signals. The hormone enables the production of PIN proteins, which encourages root production. Auxin and PIN proteins work together to direct root production in the proper location in response the gravity detection signals.

“Now that we have started to understand what plants need to grow stable anchorage in order to reach nutrients and water in deep layers of the soil, we may eventually be able to figure out ways to improve the growth of crop and other plants in very arid areas,” Yuzhou Zhang, a postdoctoral researcher at the Institute of Science and Technology Austria, said in a news release. “Nature is much smarter than we are; there is so much we can learn from plants that can eventually be of benefit to us.”