More than 100,000 doses arrived on a DHL flight from Brussels at Tel Aviv’s Ben-Gurion Airport. Israel expects to receive another half million doses over the next few days and about a million more next week, The Jerusalem Post reported.

Health Ministry Director-General Chezy Levy told facilities to prepare to receive the the vaccinations on Dec. 20, with inoculations set to begin about a week later.

It’s unclear exactly when Israel will begin giving people the vaccine. The government plans to wait for approval from the U.S. Food and Drug Administration on the U.S.-developed vaccine before using it.

The FDA’s vaccine advisory panel is expected to review the vaccine data Thursday before voting on a request for emergency use authorization.

Israeli Prime Minister Benjamin Netanyahu was at the airport Wednesday to greet the arriving plane.

“I believe in this vaccine. I expect it to get the necessary approvals in the next few days,” he said.

Israel recorded about 1,500 new coronavirus cases and eight deaths on Tuesday, according to Johns Hopkins University’s global tracker. Cases and deaths per day reached a peak in late September and early October at 9,078 and 47, respectively, before dropping off. There’s been a smaller resurgence of cases in recent weeks.

Scenes from a pandemic: World copes with COVID-19 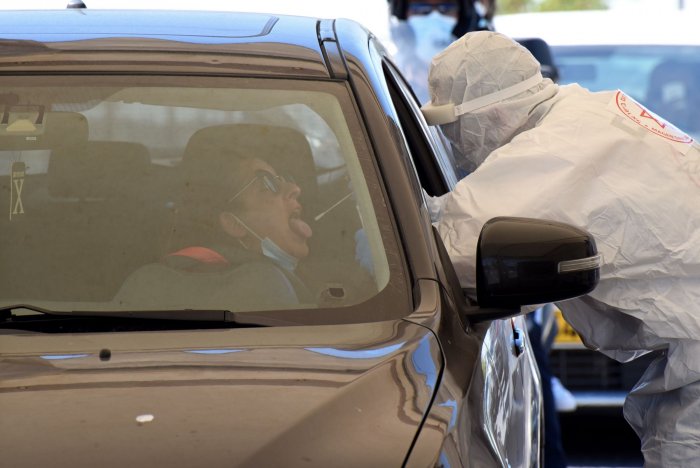