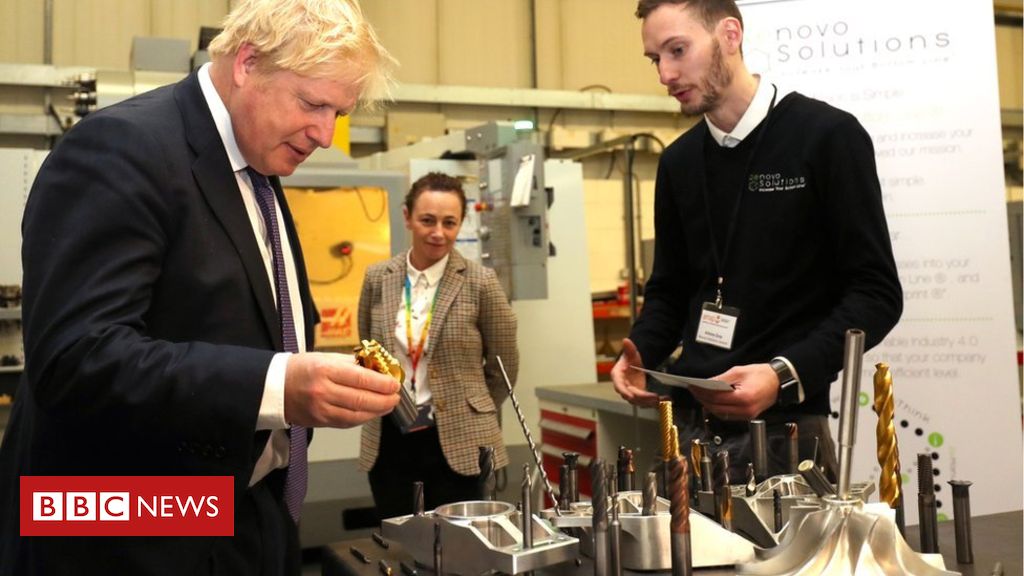 The UK will endeavour to continue within a €100bn (£85bn) EU science programme after Brexit.

Prime Minister Boris Johnson gave the green light for the UK to negotiate its continued participation within the Horizon Europe research programme.

The news was revealed within a document setting out the government’s approach to negotiations with the EU.

The statement will come as a relief to research leaders, who feared that research collaboration would become a bargaining chip in general trade negotiations.

The President of the Royal Society, Prof Sir Venki Ramakrishnan has been influential in persuading the PM of the importance of making an early commitment to continue within Horizon Europe. He told BBC News that today’s development was “very welcome”.

“We now need a quick start to negotiations and for the Treasury to use the Budget to recommit the funds that will make association possible,” he said.

The Nobel Prize winning scientist added that Europe’s current strength in science depended on continued collaboration with the UK.

“When I had to make a decision in 1971 of where to (do my research) from India, the centre of gravity of science and innovation was the US. However, the recent decades of close cooperation and collaboration, facilitated by continent-wide funding programmes, made Europe a global scientific powerhouse. Surely no one wants to throw that away.”

In a document setting out the government’s approach to negotiations with the EU, Mr Johnson stated that the UK would “consider” participating in Horizon Europe as well as other science and technology programmes. These include Euratom, for nuclear research and training, and Europe’s Earth Observation programme, Copernicus.

BBC News understands that there was unanimous backing in cabinet for the UK to seek the closest possible relationship with Horizon Europe.

But such an arrangement will depend on a decision by the EU. Allowing the UK to continue to participate in Horizon Europe would be in the EU’s interest, given the UK’s strength in research. But a future relationship would depend on how much Britain would be prepared to pay to participate.

There was a sceptical reaction on Twitter from a former Conservative science minister from the early 1990s, Ian Taylor on social media.

Sadly, do not hold your breath for serious participation. It has to be seen in the harsh content of the overall UK negotiating strategy. There will, in any event, be a disruptive hiatus.

But a more recent science minister, Chris Skidmore MP, who was involved in drawing up the government’s approach to research collaboration with the EU, until he lost his post in the recent reshuffle, described Mr Johnson’s statement as an “encouraging first step” that demonstrated the UK’s desire to prioritise research in the upcoming negotiations.

“But we must push for full association membership, along the lines of the partnership that Israel has, and not think that third country participation (which is a looser, less influential association) would be sufficient,” he told BBC News.

Mr Skidmore added that he will be leading a campaign to push for full association membership.

“I hope the entire sector will join with me in ensuring that we associate as soon as is practically possible.”

Ever since the referendum result, Theresa May and then Boris Johnson have stressed the need to maintain the existing strong and mutually-beneficial research links with the EU. Today, the Prime Minister formalised that stance in a document on the government’s approach to negotiations with the EU.

It’s important because it enables officials to begin negotiations with the EU with the aim of reaching a side deal separate from many of the more contentious parts of the divorce.

The briefings from the Department for Business, Energy and Industrial Strategy (Beis), which is responsible for research, are that the entire cabinet wants “full association” with the €100bn EU research programme, Horizon Europe. But that intent is not in the document. No surprise then that so many people – including former Tory science ministers – are treating this statement with some caution.

“It fails to provide the certainty the UK’s research sector desperately needs. The government clearly does not understand how research and development works, nor the vital role it plays in our economy,” she said.

“Failure to commit to full participation in the Horizon programme undermines our research base. The Government should know that their ‘considerations’ only intensify the anxiety in university departments across the country.”

Dr Daniel Rathbone, assistant director of the Campaign for Science and Engineering (Case) warned that the time available for negotiations is short.

“Horizon Europe is due to start in January 2021. Therefore, in parallel with the negotiations, the government should develop plans to protect and stabilise UK science, and encourage talented EU scientists to stay in the UK, in the event that an agreement cannot be reached in time,” he explained.

Horizon Europe is the follow on programme from Horizon 2020, from which the UK has benefitted enormously. The UK received £1.52bn of research grants, more than any other country.

But since the referendum result, the number of UK applications to Horizon 2020 has fallen drastically because of the uncertainty of the UK’s continued involvement. In 2015, there were 19,127 UK applications. In 2018, this had fallen by 39% to 11,746.