In a tweet, the prime minister insisted the UK “will prosper mightily as an independent nation” – irrespective of whether the two sides “agree trading arrangements resembling those of Australia or Canada”.

His message was accompanied by a photo of him waving and holding a red despatch box as he boarded a plane in London.

Before leaving Downing Street, the prime minister told the Commons that “a good deal is there to be done” with the EU on trade – but says the bloc is currently insisting on terms which no prime minister could accept.

German Chancellor Angela Merkel has said there is some chance that a deal could be reached, but warned it is unlikely that a breakthrough would be made by tomorrow.

However, she added: “If there are British conditions which we cannot accept, then we will take the path of no-deal. One thing is absolutely clear – the integrity of the EU’s market must be preserved.”

Sky’s Europe correspondent, Adam Parsons, said Mr Johnson and Mrs von der Leyen are meeting for dinner – and their goal appears to involve seeing whether some sort of political deal can be reached.

He added: “There is a mood among plenty of European leaders that we are heading towards no-deal, it’s been a pretty glum assessment all round recently.

“There are big, fundamental, ideological differences and I don’t think they are going to be easy to sort out over dinner.”

The union flag has now been pulled up outside the European Commission ahead of Mr Johnson’s arrival. 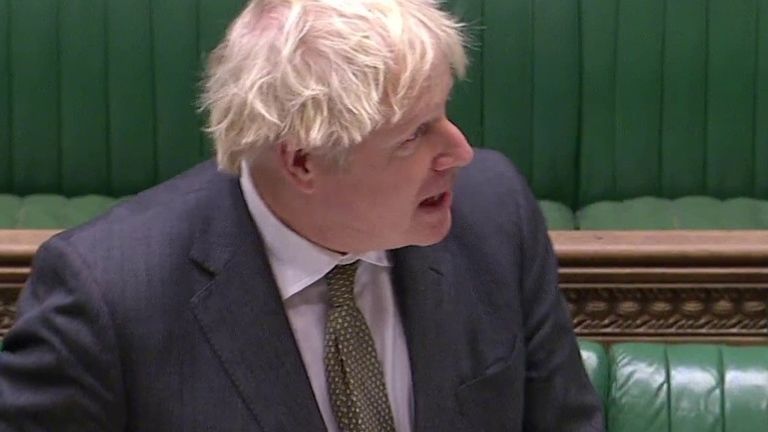 During Prime Minister’s Questions, Mr Johnson tried to assure MPs a “good deal is still there to be done” with the EU.

But, outlining the difficulties facing the talks, he added: “Our friends in the EU are currently insisting if they pass a new law in the future which we don’t comply, they have the automatic right to punish us.

“And they are insisting the UK should be the only country in the world not to have sovereign control over its fishing waters.

“I don’t believe those are terms any prime minister of this country should accept.”

Mr Johnson again insisted the UK would “prosper mightily” with or without a post-Brexit trade deal.

As the deadline looms, Labour leader Sir Keir Starmer said the prime minister had told the British people “the chances of no deal were absolutely zero” and questioned why anyone should believe what he says about Brexit. 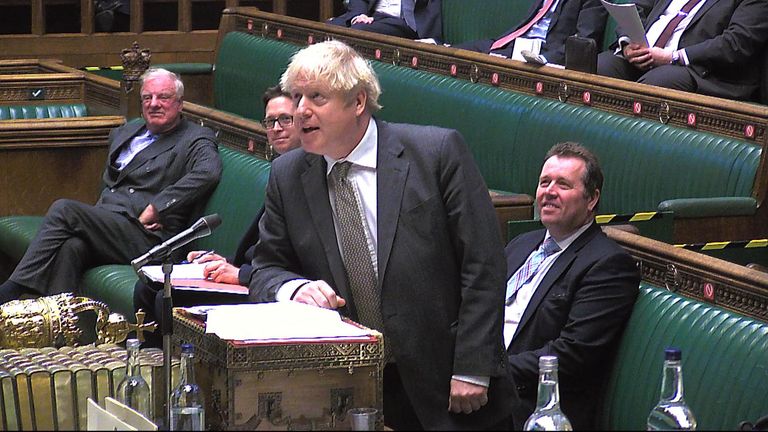 But Mr Johnson said he had not misled people and claimed the government “had an oven-ready deal, which was the Withdrawal Agreement” – not a free trade deal.

He added that “whatever happens from 1 January”, the UK will “be able to get on” with the new points-based immigration system, as well as be able to “get on with instituting free ports, low tax free ports, in places where jobs and growth are most needed around the country”.

“We’ll be able to honour our promise to the British people and institute higher animal welfare standards, and we’ll be able to do free trade deals and we’ll get our money back as well,” Mr Johnson told MPs.

Sir Keir also asked how many of the 50,000 promised customs agents would be in place on 1 January, but the prime minister did not answer directly and said the government has “invested £1bn in getting this country ready for whatever [the] trading relationship is on 1 January”.

Mr Johnson added that the UK will become a “magnet for overseas investment”, whether there is a deal with the EU or not.