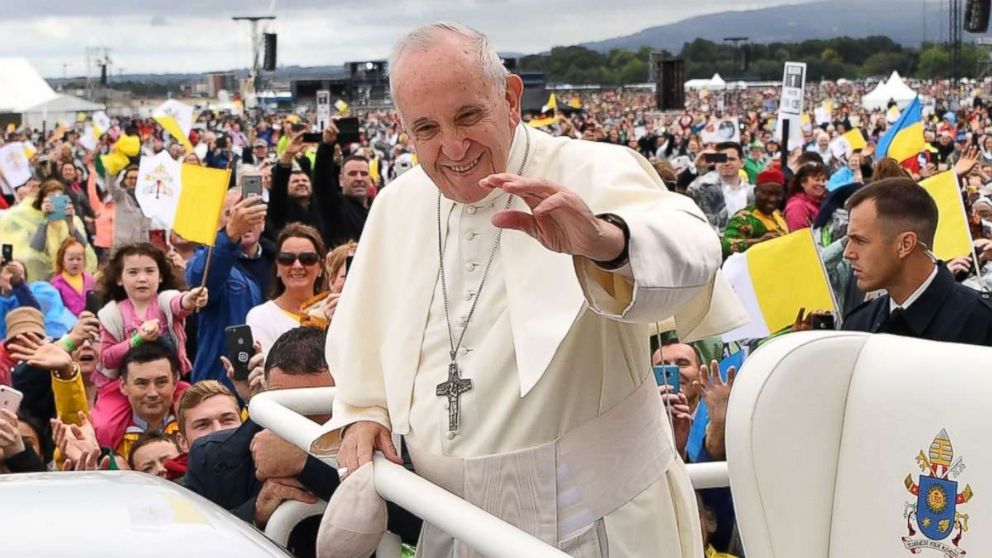 Pope Francis has no intention of stepping down as he fights accusations that he protected a former archbishop accused of sexual abuse, Italian news agency ANSA reported, citing “close associates” of the pope.

The pontiff was “embittered” by a letter written by the Vatican’s former ambassador to the United States, Archbishop Carlo Maria Vigano, in which the former diplomat accused the pope and his predecessor, Pope Benedict XVI, of knowing of abuse allegedly carried out by the former archbishop in Washington, Cardinal Theodore McCarrick, the associates said, according to ANSA.

But, they said, Francis, 81, “is not thinking about resignation,” ANSA reported.

Vigano wrote that Francis and Benedict knew that McCarrick — who resigned as a cardinal in July after he was accused of abusing adults and minors — was a “serial predator.”

There is no provision in canon law for the removal of a pope. The job comes with lifetime tenure, ending only in death or voluntary resignation.

“He is the supreme legislator,” said papal biographer Gerald O’Connell. “Nobody can remove him from his place as pope unless he himself decides to go. That’s the Church law.”

There’s also no provision for an independent investigation, unless the pope decides to create one.

Houston Cardinal Daniel Dinardo, president of the US Conference of Bishops, has asked for an audience with the pope to discuss the American Church’s plan to deal with the broader sexual abuse scandal.

As for these explosive allegations made by Archbishop Vigano, Cardinal Dinardo said: “The questions raised deserve answers that are conclusive and based on evidence. Without those answers, innocent men may be tainted by false accusation and the guilty may be left to repeat the sins of the past.”

While Vatican infighting is nothing new, this feud between factions for and against Pope Francis is playing out in real time on social media. As one Vatican writer put it, “it’s as if the Borgia’s and the Medici’s had Twitter accounts.”