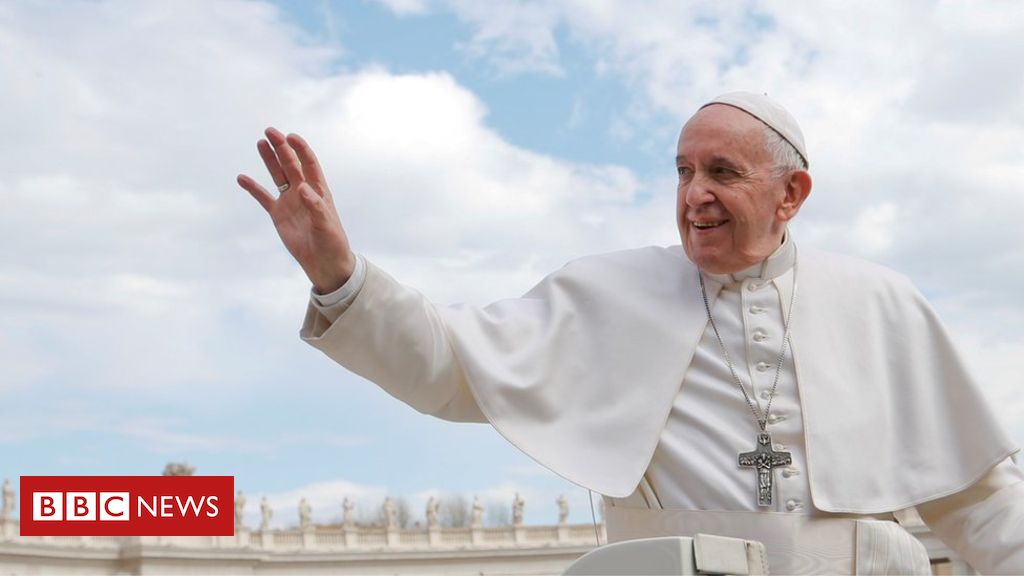 The Pope has told oil company bosses that climate change threatens the future of the “human family”.

The oil executives had been invited to the Vatican in Rome for an audience with the pontiff.

Pope Francis said a radical energy transition is needed to save what he called “our common home”.

The head of BP agreed that the world must find urgent solutions to environmental problems – but said all must play a part.

The Pope warned him and other bosses: “Civilisation requires energy, but energy use must not destroy civilisation.”

The oil bosses were brought to the Vatican alongside fund managers who invest in their stocks.

A small group of demonstrators gathered outside a Vatican gate. One held a sign reading “Dear Oil CEOs – Think of Your Children”.

The executives were given a dressing down by the former Irish premier Mary Robinson.

She said: “We should all salute the courage the Holy Father has shown on climate change when too many secular leaders have spurned their responsibilities.”

Ms Robinson asked the oil bosses: “What could be more cynical than still seeking to exploit fossil fuel reserves when the scientific evidence is abundantly clear that we need to end all combustion of fossil fuels by 2050?”

She said the energy transition would require a massive shift of capital to clean energy and warned: “If some industries fail to adjust to this new word, they will fail to exist.”

In a statement, BP said its CEO Bob Dudley was “honoured to participate at the Vatican”.

Mr Dudley said: “The world needs to take urgent action to get us on a more sustainable path and it is critical that everyone plays their part – companies and investors, governments and individuals.

“Constructive dialogues such this meeting are essential in aligning key players on the steps needed to accelerate the energy transition while still enabling advances in human prosperity.”

Critics point out that BP and other oil firms are spending billions of pounds a year seeking new oil and gas even though scientists say firms have already found much more fossil fuel that can be burned whilst keeping a stable climate.

The Pontiff noted the release last year of the Intergovernmental Panel on Climate Change (IPCC).

This warns there is only 12 years left to cut greenhouse gases and stay within a temperature rise of 1.5C.

The Pope underlined what he called the climate emergency, saying: “We must take action in order to avoid perpetrating a brutal act of injustice towards the poor and future generations.

“Future generations stand to inherit a greatly spoiled world. Our children and grandchildren should not have to pay the cost of our generation’s irresponsibility. Indeed, as is becoming increasingly clear, young people are calling for change.”

The meeting focused on a just transition to a lower-carbon world; carbon pricing; and transparency in reporting climate risk.

Pope Francis said the transition can if managed well, generate new jobs, reduce inequality and improve the quality of life for those affected by climate change.

Deliberations, he emphasised, “must go beyond mere exploration of what can be done, and concentrate on what needs to be done”.