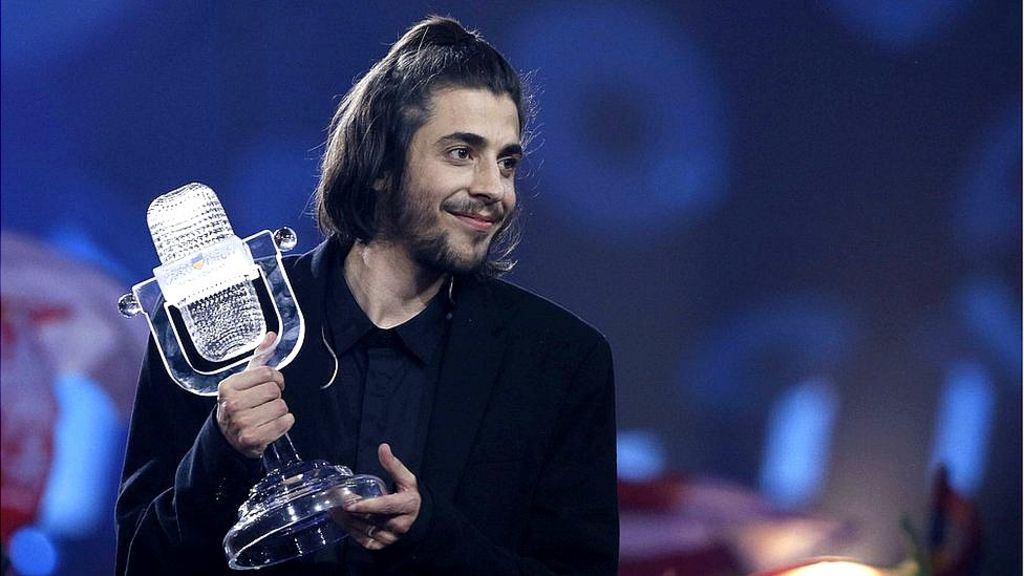 Surgeons at the Santa Cruz Hospital in the Portuguese capital, Lisbon, said the 27-year-old was “doing well”.

Sobral, who suffered from a longstanding heart condition, won this year’s contest with the love song Amar Pelos Dois (Love for Both of Us).

It was the first time Portugal had taken the title.

“He was very well prepared. He is a young man who understood the difficulties of this type of procedure.”

Mr Abecasis said that before Friday’s operation the singer had wished him “good luck”.

The recovery would take a long time, Mr Abecasis added, but said that if all went well, Sobral would have “a completely normal life”.

The singer had to wait several months until a suitable donor was found, Publico reported. He announced in September that he was taking a break from performing.

Sobral’s winning ballad, written by his older sister, Luisa, made him a national hero in Portugal.

He described it as “an emotional song with a beautiful lyrical message and harmony – things people are not used to listening these days”.