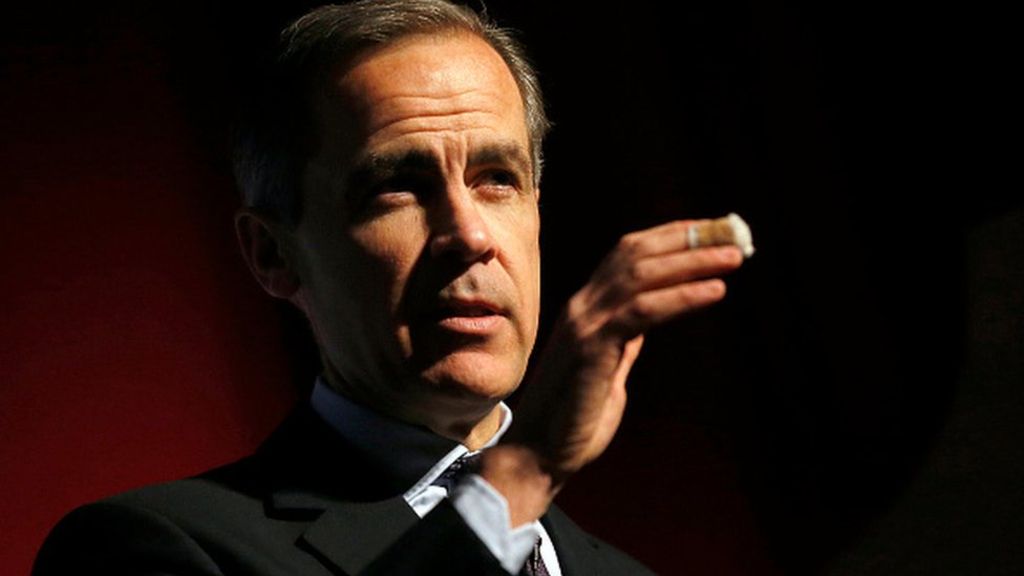 The pound jumped nearly 1% after the governor of the Bank of England suggested that interest rates could rise if business investment grows.

Sterling rose to $ 1.2936 against the dollar after Mark Carney said that “some removal of monetary stimulus is likely to become necessary”.

He said a change would depend on whether company investment could offset a slowdown in consumer spending.

Mr Carney said it was an issue the Bank “will debate in the coming months”.

Last week, at the delayed Mansion House gathering in London, Mr Carney said that “now is not yet the time to begin” raising interest rates which remain at a record low of 0.25%.

However, shortly afterwards, Bank of England chief economist Andy Haldane said he might vote for a rate rise before the end of the year.

The Bank’s Monetary Policy Committee (MPC) was split 5-3 to keep rates on hold at its June meeting. The rate of inflation is 2.9% – well above the Bank’s target of 2%.

In a speech at the ECB central banking forum in Portugal on Wednesday, Mr Carney said: “Some removal of monetary stimulus is likely to become necessary if the trade-off facing the MPC continues to lessen and the policy decision accordingly becomes more conventional.”

He said: “The extent to which the trade-off moves in that direction will depend on the extent to which weaker consumption growth is offset by other components of demand including business investment, whether wages and unit labour costs begin to firm, and more generally, how the economy reacts to both tighter financial conditions and the reality of Brexit negotiations.”

Mr Carney added: “These are some of the issues that the MPC will debate in the coming months.”

Earlier on Wednesday, the Bank’s deputy governor, Sir Jon Cunliffe, said it was not the right time to increase borrowing costs.

He told BBC Radio 5 live’s Wake Up To Money that consumer spending “is slowing as households’ real incomes are squeezed by higher inflation, we expect some of that slowing to be offset by growth in business investment, growth in exports. And I want to see how that plays out”.

Sir Jon added: “We do have to look at what’s happening to domestic inflation pressure, and I think that, on the data we have at the moment, gives us a bit of time to see how this evolves.”