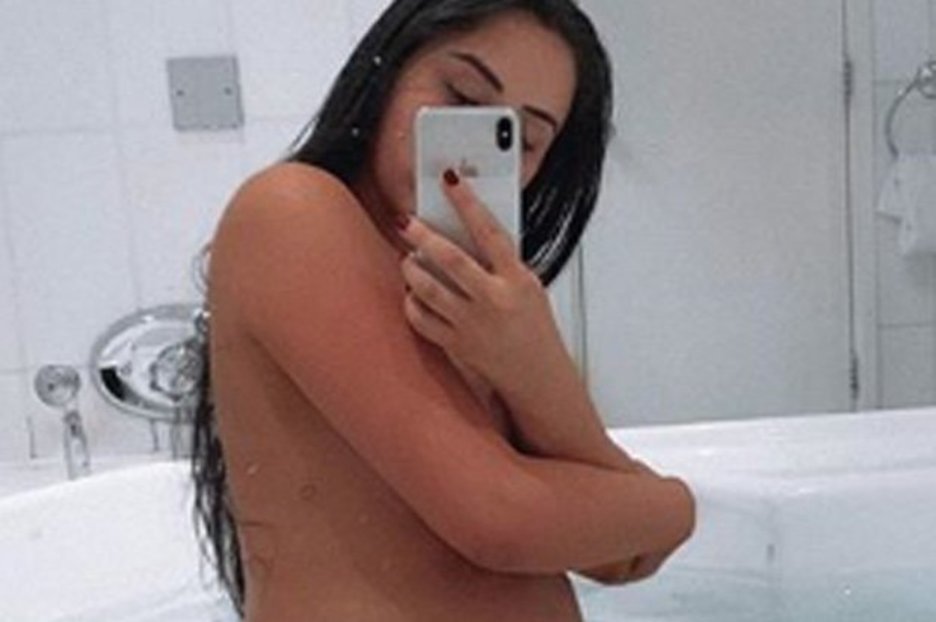 The starlet, who first appeared on the MTV show in 2013, took to her official Instagram account before posting a fully nude shot.

Sitting in her giant bath, Marnie laid herself bare as she posed in her bathroom mirror.

Flaunting her baby bump, the outgoing gal left little to the imagination as she snapped away.

Keen to keep her modesty intact, Marnie clutched at her assets with her arm.

Excited about becoming a mum for the first time, the reality TV regular captioned the shot: “Almost there baby boy. Nine weeks left.”

Replying to the pic, fellow Geordie babe Holly Hagan wrote: “Omg that isn’t long at all.”

“Amazing picture of you so natural,” another fan added.

The child will be Marnie and Casey’s  first.

They initially started dating in June 2017 after meeting on dating show Single AF.

Since then they have enjoyed a rocky relationship, splitting up and rekindling their romance multiple times.