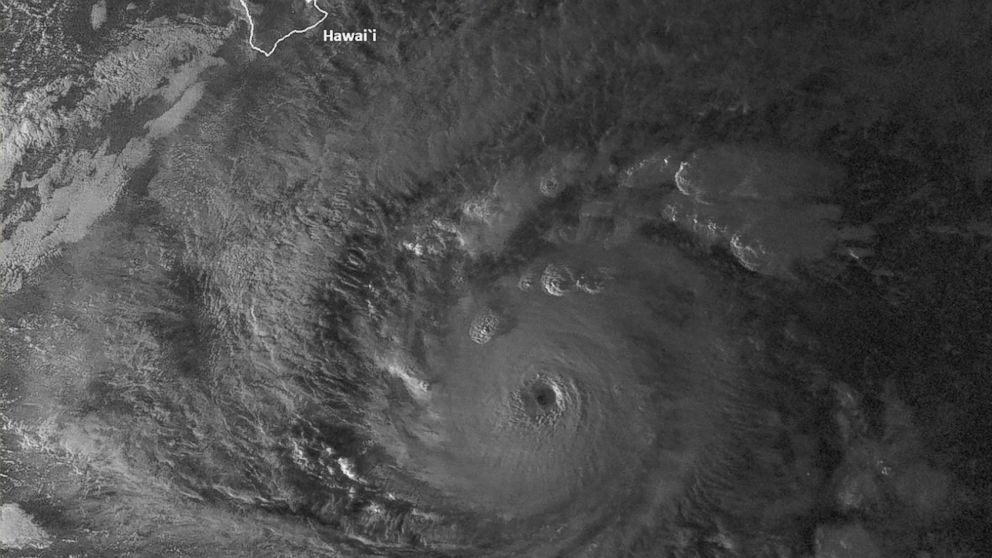 Hurricane Lane barreled towards Hawaii on Wednesday, unleashing powerful winds at 155 miles per hour and prompting authorities to issue a warning and shut down all public schools.

Though the Category-4 storm is expected to weaken as it moves closer, experts predict parts of the Big Island will be lashed by fierce gusts, waves as high as 25 feet, and rain.

Here are some of your questions on hurricanes, answered by ABC News meteorologists Max Golembo, Samantha Wnek and Melissa Griffin.

How are hurricanes formed?

Hurricanes are formed by feeding off the warmth and moisture of the ocean. Air then rises and is replaced constantly by the surrounding air. Below all this rising air, low pressure develops.

How long does a Hurricane usually last?

If you are in the hurricane, the hurricane conditions could last 12 to 18 hours, and in a slow-moving hurricane, up to 24 hours. The hurricane itself, from formation to its deterioration, can last in the ocean for weeks.

How long do hurricanes take to form?

It can take up to a week for hurricanes to form, and some tropical cyclones never make it to hurricane status. One of the fastest ones formed was Humberto in 2007, which developed in less than 19 hours from a tropical depression to a hurricane

How do you know when a hurricane is coming?

If you’re relying on the weather to know when a hurricane is coming, often you won’t get any indication at all. The day before a hurricane could have sunny skies with calm winds. That’s why you should listen to National Oceanic and Atmospheric Administration (NOAA) weather radio or pay attention to warnings by authorities.

How many hurricanes will there be in 2018?

According to the latest August update from NOAA’s National Hurricane Center, there will be four to seven hurricanes in total this season, which ends Nov. 30. So far, only two have hit this season. On average, six hurricanes form in the Atlantic every year.