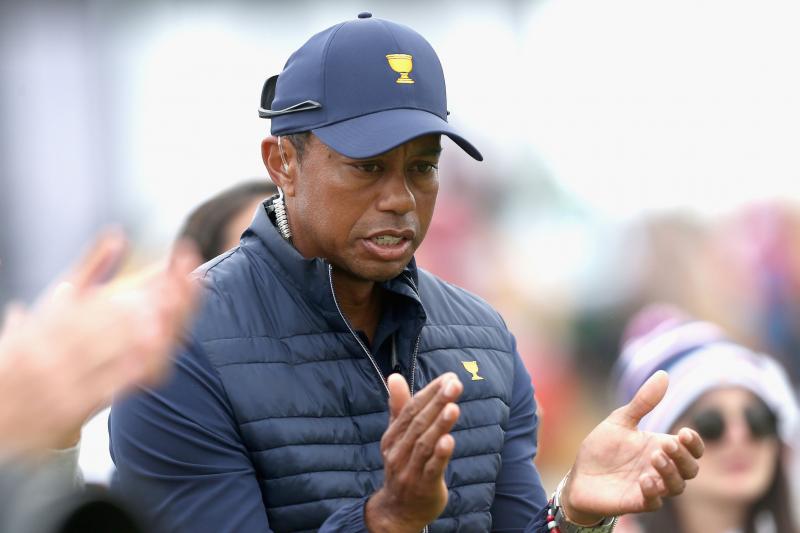 Dec. 14 (UPI) — The United States team narrowed its deficit against the International squad by one point in the third round of the 2019 Presidents Cup Saturday in Melbourne.

“What a four sessions it’s been,” International captain Ernie Els told reporters. “It’s been really exciting. You know, it’s been a lot of work, it seems like. I normally sleep quite a few hours a night but I’ haven’t slept too many hours.”

U.S. star Tiger Woods sat out for the third round to concentrate on his captain duties.

Rickie Fowler and Justin Thomas began the day by beating Marc Leishman and Haotong Li 3-and-2 in four-balls play. The U.S. team won five holes while the International team won two holes during the opening match.

Abraham Ancer and Sungjae Im answered in the next round, beating Americans Patrick Cantlay and Xander Schauffele 3-and-2 in the second match.

Foursomes play began with a U.S. team of Dustin Johnson and Gary Woodland beating Scott and Louis Oosthuizen 2-and-1 in the first match. Leishman and Ancer tied Thomas and Fowler in the next match, with each squad winning five holes.

Schauffele and Cantlay beat Cameron Smith and Im 2-and-1 in the next match, helping the Americans gain momentum. Byeong Hun An and Joaquin Niemann tied Kuchar and Finau in the final match of the day, after the U.S. team held a five-point lead at one point in the match.

“We had control of the match pretty much, seemed like the whole day and kind of cruising, and you know, a couple mistakes on 14 and 15,” Finau said. “But they played great. Any putt they needed to make, they made.”

Americans can watch Sunday’s final round Saturday, due to the time difference in Australia. The final round of the 2019 Presidents Cup begins at 6 p.m. EST Saturday and airs on the Golf Channel.

“At one point it looked like we were going to be down 1-9, and for the International Team only to get one point from that point on, for us to fight back and get eight points, was a huge, huge win for us [Saturday],” Woods said. “We’re looking forward to going into singles [Sunday].”

Woods faces Ancer to tee off the final round at 6:02 p.m. EST Saturday. The round is composed of 12 singles matches. The first team to 15.5 points wins the tournament.