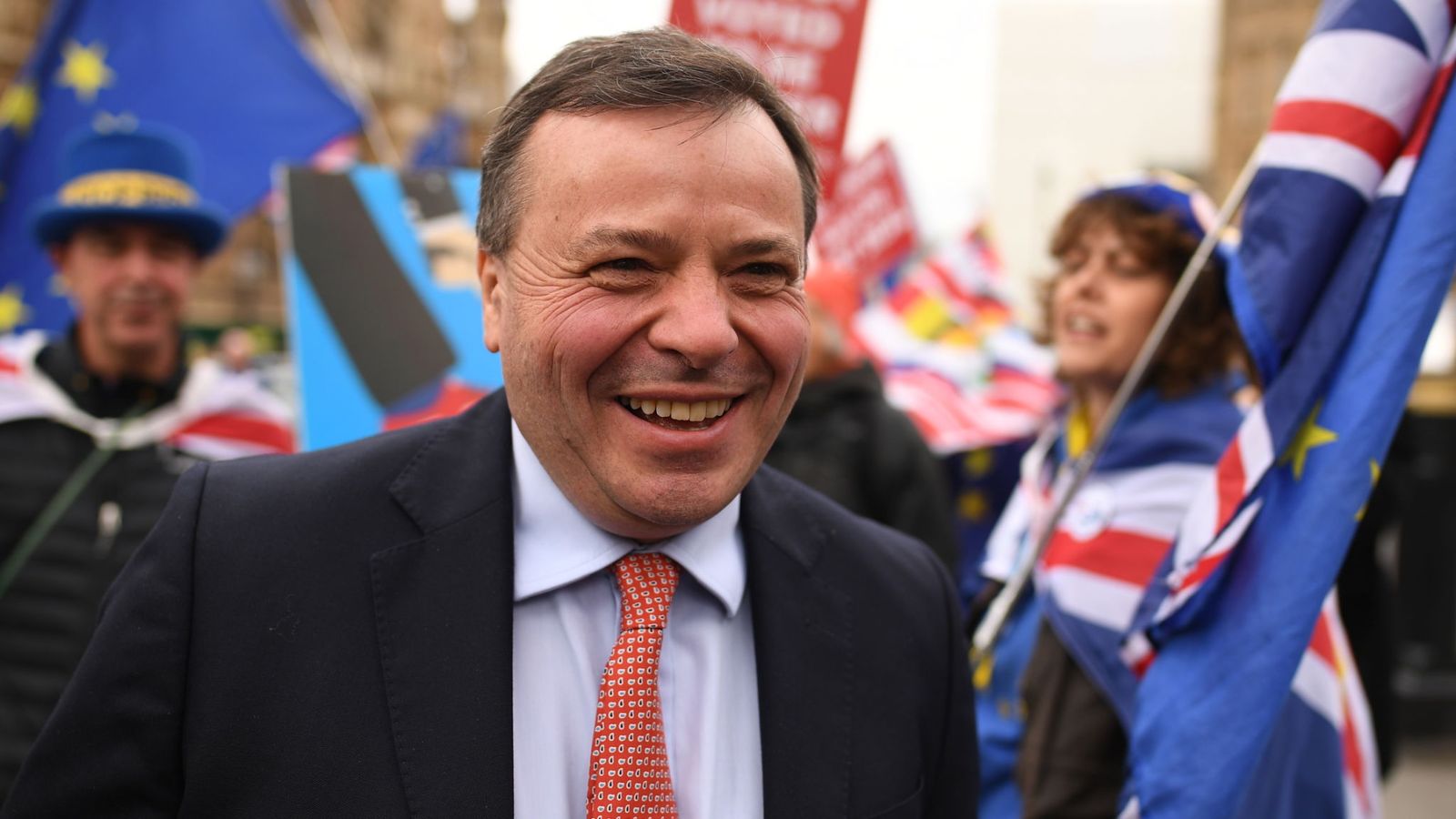 The Twitter account of Arron Banks, the millionaire businessman who helped fund Nigel Farage’s Brexit campaign, has been hacked and private messages leaked online, he has said.

The police and the social media platform have been informed, the co-founder of the campaign group Leave.EU said in a statement on Tuesday.

“I became aware last night that my Twitter account had been hacked and that persons involved have posted personal data obtained illegally via Twitter,” he said.

Mr Banks accused Twitter of not responding to requests to “remove the illegal downloads”.

“Despite the obvious lack of security at Twitter relating to personal data, they have deliberately chosen to leave personal data in the public domain,” he alleged.

“We will continue to take firm enforcement action in line with our policy which strictly prohibits the distribution on our service of materials obtained through hacking.”

Sky News understands the National Cyber Security Centre, which is the GCHQ-linked body in charge of defending against cyber attacks, hacks and other online intrusions, has not yet been asked to get involved in investigating the incident.

This is one of a number of suspected cyber attacks during the election campaign.

Mr Banks is not a politician but he has close ties with key political figures such as Mr Farage, leader of the Brexit Party, and was the main donor to Leave.EU during the 2016 Brexit referendum.

The Labour Party was hit by two cyber attacks last week, designed to try to disrupt its online platforms.

Sources told Reuters there was currently nothing to link the attacks on either party to a foreign state.

Security officials are alert to the possibility of foreign states such as Russia attempting to interfere in the election using cyber attacks, disinformation and other forms of unconventional warfare.