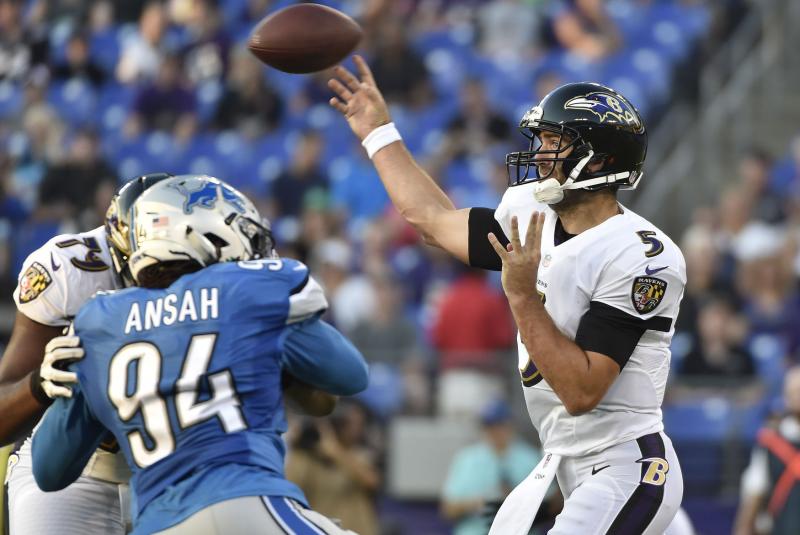 The former Detroit Lions defensive lineman met with the team but it is unclear how close the sides are to a possible deal.

Ansah is still recovering from shoulder surgery that limited him to seven games last season. Sources told the NFL Network that the defender saw Dr. Neal ElAttrache on Monday and discovered that his shoulder is structurally sound. Ansah needs to regain strength in his shoulder and he could be cleared by mid-August.

The Ravens have a need for pass rushers following the losses of Terrell Suggs and Za’Darius Smith to free agency.

The Lions originally drafted Ansah in the first round (No. 5 overall) of the 2013 NFL Draft out of BYU. The 29-year-old defensive end played last season under the franchise tag, but the Lions opted not to bring back the unrestricted free agent. Ansah spent six seasons with the Lions and recorded 48 sacks.