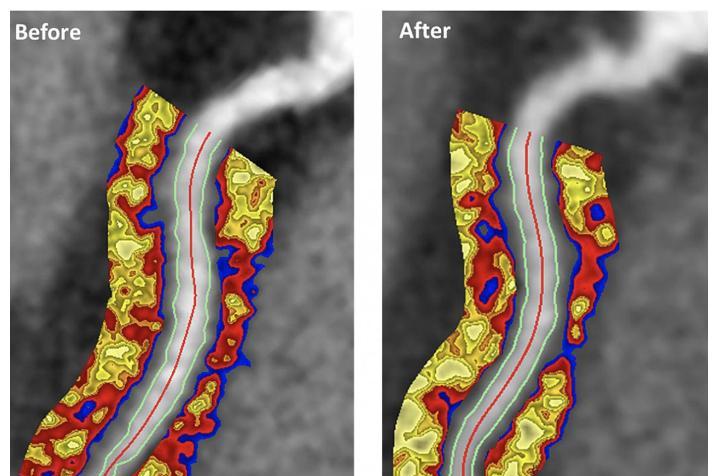 These therapies could also help people with lupus, rheumatoid arthritis and other chronic inflammatory diseases that elevate the risk of heart attacks and stroke, according to research published Wednesday in JAMA Cardiology.

“Coronary inflammation offers important clues about the risk of developing heart artery disease,” Nehal N. Mehta, a researcher at National Heart, Lung, and Blood Institute and study senior author, said in a news release. “Our findings add to the growing body of research that shows treating underlying inflammatory conditions may reduce the risk of cardiovascular diseases.”

For the study, the researchers examined 134 people with moderate to severe psoriasis with minimal cardiovascular risk. None of the patients received biologic therapy three months leading up to the study, and all of them underwent CT scans at the beginning and end of the study.

The researchers noticed the biologic therapy substantially reduced coronary inflammation in patients, even those with coronary artery plaque buildup.

Between 3 percent and 5 percent of people in the United States have psoriasis, according to the National Institutes of Health. The condition can lead to inflammation in the body and raises the likelihood of developing blood vessel disease and diabetes.

The inflammation is normally triggered as a defense against disease or infection. But when low-density lipoprotein leak into the arteries, the inflammation can go out of control.

“After seeing the predicting value of the perivascular FAI for cardiac events, a key lingering question was if we could modify it using anti-inflammatory interventions,” Mehta said. “As far as we know, our study is the first to assess potential effects of biologic therapy on coronary inflammation using the measure.”