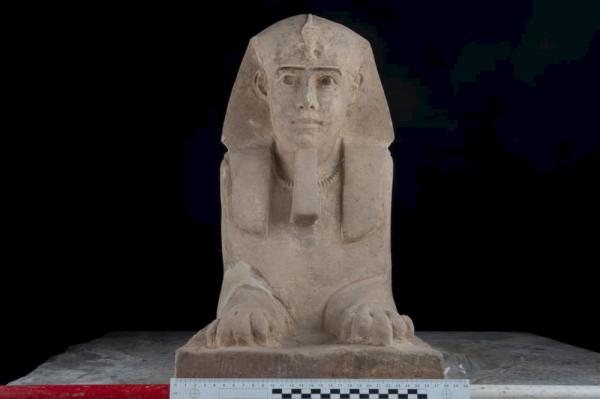 Sept. 16 (UPI) — An Egyptian archaeological mission discovered a sphinx statue made of sandstone at a temple in the city of Aswan.

Secretary-General of the Supreme Council of Antiquities Mostafa al-Waziri announced Sunday that the statue was found on the southeastern side of Kom Ombo Temple and likely dates back to the Ptolemaic period.

Director General of Aswan Antiquities Abdel Moneim Said added the mission will continue to study the statue to determine why it was crafted and its historical significance.

The temple was the same site where two sandstone tablets belonging to King Ptolemy V were discovered in August.

One of the tablets was dome-shaped and topped with a sun disk with the image of Ptolemy XII and his wife Cleopatra V and their daughters. It also contained 29 lines of hieroglyphic writing.

The other featured the image of Ptolemy V holding a whip in one hand and a prisoner in the other, as well as 29 lines of hieroglyphic writing and 33 lines of Demotic writing.

Both tablets also dated back to the Ptolemaic period and were about two meters tall.

All of the discoveries were made during the mission’s $ 9 million project to reduce groundwater in the Temple of Kom Ombo.