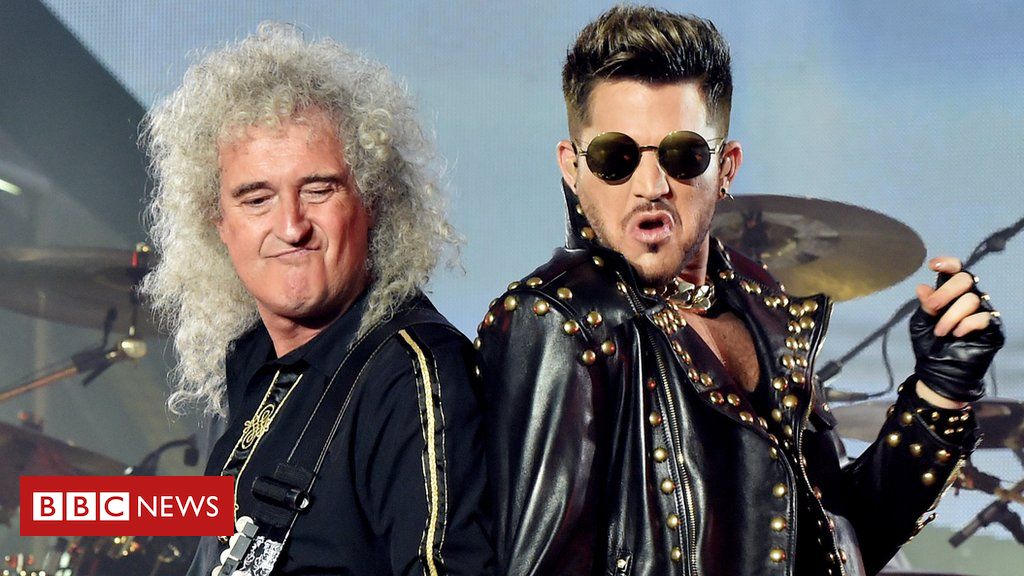 Rock group Queen have returned to the top of the charts for the first time since 1995.

It’s Queen’s 10th number one overall and the first for US singer Adam Lambert, who joined the group in 2011.

“I’m so glad people are enjoying this album so much,” added Lambert. “The fact that we can celebrate the iconic music of Queen all these years later is incredible.”

Live Around The World is Queen’s eighth live album but their first without founder member and lead singer Freddie Mercury, who died in 1991.

Lambert first sang with Taylor and guitarist Brian May in 2009 when he was a finalist on the eighth season of American Idol. They began performing in concert together two years later.

Since then Queen + Adam Lambert have become one of the world’s most sought-after live acts, playing to a worldwide audience approaching four million people.

The live album features performances of such hits as Don’t Stop Me Now, Radio Ga Ga, We Will Rock You and We Are The Champions in venues around the world.

It was released as a thank you to fans after Queen’s 2020 tour was postponed due to the coronavirus pandemic.

“As we all grapple with the challenge of creating live shows in a world dominated by a formidable viral enemy, it seemed the perfect time for us to create a collection of hand-picked live highlights,” said May.

The album concludes with a performance in Sydney, recorded in January this year, where the band recreated their historic Live Aid set in full as part of a fund-raiser for the Australian bushfire crisis.

Queen faced a late challenge for the number one slot from Korean girl band Blackpink, whose debut album enjoyed a sales surge towards the end of the week.

Initially ranked sixth in the midweek charts, it climbed to number three on Wednesday before settling at number two when the chart was compiled.

The quartet – Jennie, Jisoo, Lisa and Rose – also had the best-selling cassette album of the week, shifting an impressive 5,700 copies on the format.

Meanwhile, the UK’s fifth best-selling album of all time – Oasis’s What’s The Story (Morning Glory)? – re-entered the chart at number three thanks to a 25th anniversary reissue.

In the singles chart 24kGoldn’s Mood scored a third week at number one, holding off competition from D-Block Europe, Shawn Mendes, Miley Cyrus and Bryson Tiller.