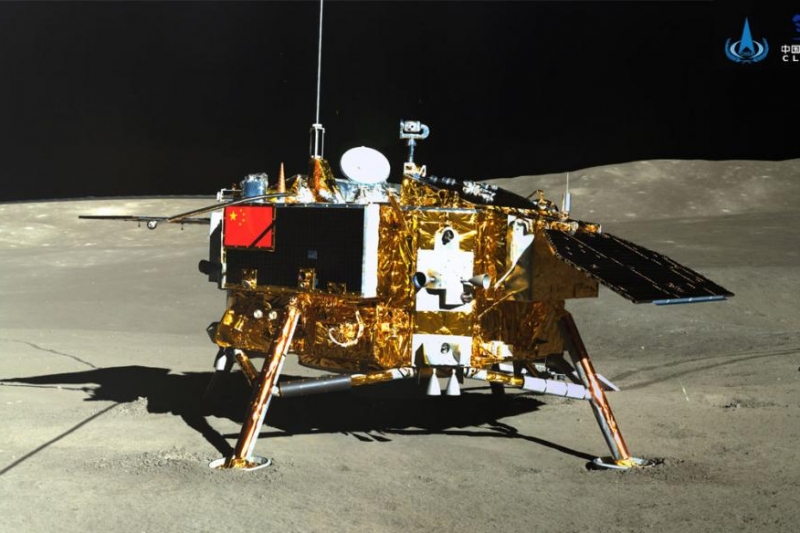 Sept. 25 (UPI) — Radiation levels on the surface of the moon are 2.6 times greater than those measured on the International Space Station, according to a new study.

NASA intends to put the first woman on the moon by 2024 — and the first man since 1972. Earlier this week, the space agency released new details about its Artemis program, including its decision to target a landing spot on the lunar South Pole near Shackleton Crater.

Regardless of where NASA’s lunar landers touch down, Artemis astronauts will need to protect themselves from increased radiation levels.

Using the Lunar Lander Neutron and Dosimetry, or LND, scientists were able to, for the first time, measure radiation levels on the lunar surface.

Scientists shared the first-of-their-kind measurements in a new paper, published Friday in the journal Science Advances.

“The radiation exposure we have measured is a good benchmark for the radiation within an astronaut suit,” study co-author Thomas Berger, researcher with the German Aerospace Center in Cologne, said in a news release.

The device developed by Berger and his colleagues was attached to China’s Chang’e-4 lunar probe, which touched down on the far side of the moon early last year.

The LND, which turns on during lunar “daylight” and switches off during the cold, two-week-long lunar nights, measured an average radiation dose rate of about 60 microsieverts per hour — more than double the dose rate experienced by astronauts aboard the space station.

For comparison, passengers aboard a flight from Germany to New York are exposed to dose rates five to 10 times lower. On Earth’s surface, radiation rates are more than 200 times lower.

Of course, a flight across the Atlantic lasts only a few hours. Eventually, NASA plans to send astronauts to the moon for a few months.

“We humans are not really made to withstand space radiation,” said study co-author Robert Wimmer-Schweingruber, a researcher at Kiel University in Germany.

“However, astronauts can and should shield themselves as far as possible during longer stays on the moon, for example by covering their habitat with a thick layer of lunar soil.”

Researchers suggest the measurements made by LND can help NASA and other space agencies better understand the threat of radiation in interplanetary space.

“Measurements taken by the LND will also be used to review and further develop models that can be used for future missions,” Wimmer-Schweingruber said.

“For example, if a manned mission departs to Mars, the new findings enable us to reliably estimate the anticipated radiation exposure in advance,” he said. “That’s why it is important that our detector also allows us to measure the composition of the radiation.”