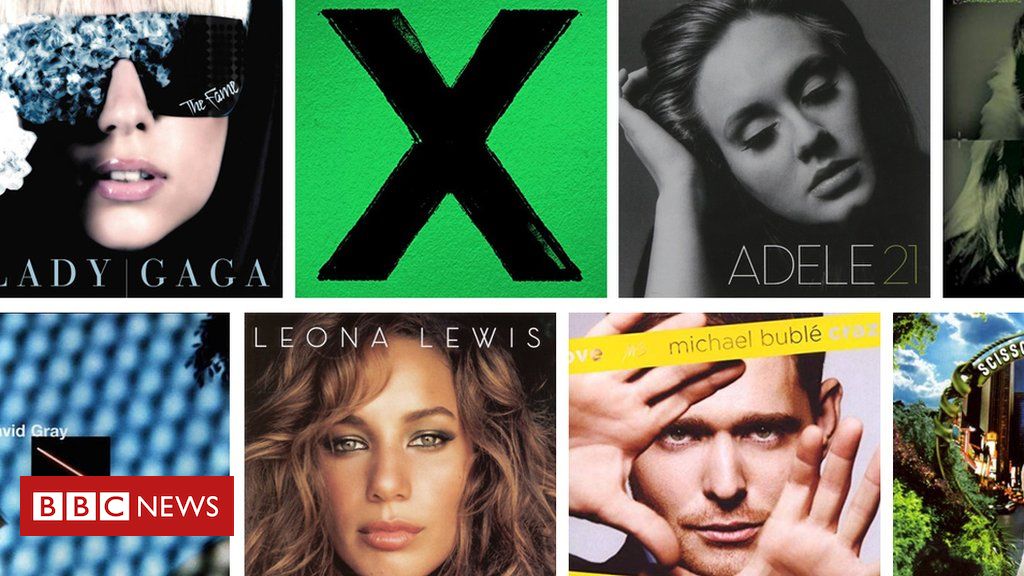 Adele’s 21 is the UK’s best-selling album of the 21st Century, selling more than five million copies since 2011.

The record, which features the hits Rolling In The Deep and Someone Like You, is more than a million copies ahead of the second biggest-seller, Amy Winehouse’s Back To Black.

Adele also takes third place in the chart, with her most recent record, 25.

The century’s 40 biggest albums were revealed on Radio 2’s Pick of the Pops, as part of National Album Day.

Ed Sheeran appears in the top five twice too, while other artists in the top 20 include Coldplay, Kings of Leon, Lady Gaga and Scissor Sisters.

Even with streaming taken into account, albums from the first decade of the century dominate the chart, making up 28 of the top 40.

David Gray’s White Ladder is the only record in the list to have been released before 2000 – having first been issued on his own label HIT Records in 1998, before being re-released in the early months of the new millennium.

Radio 2’s head of music Jeff Smith said it was “heartening” to see that 70% of the artists in the Top 40 were British, “proving that home-grown music is still as popular as ever”.

National Album Day was launched last year to mark the 70th anniversary of the album format. This year’s theme is “don’t skip”, encouraging people to appreciate “the benefits of taking time out to listen to an album from start to finish”.

The idea is to challenge the cherry-picking approach to music listening that first took hold with the advent of the iPod in 2001.

A recent study by streaming service Deezer found 15% of people below the age of 25 had never listened to an album all the way through.

The survey of more than 2000 UK-based adults, found that 42% of people simply opted for playlists – either their own, or ones curated by streaming services – rather than playing albums in full.

However, a separate study revealed that listening to an album is one of the best ways to de-stress – beating activities like gardening, exercising or taking a nap.

According to a survey of 2,019 adults, listening to an album was the third most-popular activity for improving mood and mental well-being, after comfort-eating and reading (which came first).

Bear in mind the research was commissioned by music industry body the BPI and the Entertainment Retailers Association to mark National Album Day, so treat the findings accordingly.