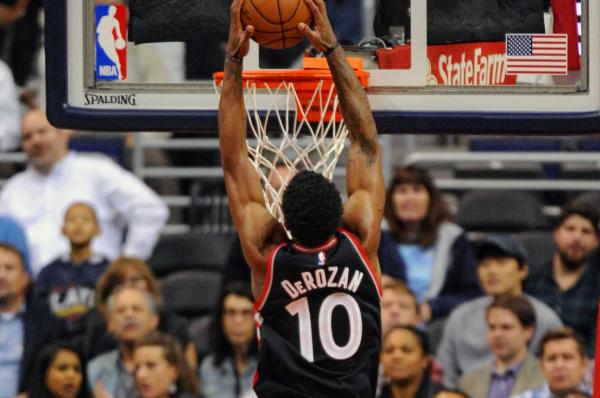 The Toronto Raptors and the Detroit Pistons have each lost two games in a row and have dropped three of their past four.

That is about as far as the similarities go between the teams, who play Wednesday night at the Air Canada Centre in the first of four meetings this season.

The Raptors (29-13) have yet to lose three games in a row this season and have dropped two in a row four times. They are 15-3 at home.

The Pistons (22-20) have lost as many as seven in a row this season and have dropped six of their past nine. They are 9-14 on the road.

The Raptors have fallen behind early in their two most recent losses. They trailed the Golden State Warriors by 27 points before losing 127-125 at the ACC on Saturday and were down by 21 points to the 76ers in a 117-111 loss at Philadelphia on Monday afternoon.

“We didn’t start the game offensively moving the basketball, not crisply enough,” Raptors coach Dwane Casey said after the game Monday. “We were turning down shots and taking tougher shots and that’s just not the way we play.

“We had zero 3-pointers at the half. I was afraid we were going to come out flat and (Philadelphia) was jacked up. We’ve got to get our motors going no matter who we play, it can’t just be for Cleveland (a 133-99 Toronto win on Jan. 11) or Golden State. It’s got to be every night and be consistent with that focus and alertness.”

The Raptors did have point guard Kyle Lowry back in the lineup Monday after he missed three games with a bruised tailbone. He had 13 points, seven rebounds and four assists in 37 minutes. Casey said he was afraid to sit Lowry on the bench too long because his back might tighten.

“I was terrible,” Lowry said. “Maybe it’s part of the process. I’ve got to get better, get back in rhythm. It’s only one game, bad shooting game. I’ve got to keep working and get better.”

The Pistons are coming off a 118-107 loss to the Charlotte Hornets on Monday when their defense was again questioned.

“They crushed us on the glass,” Pistons coach Stan Van Gundy said. “They crushed us in the paint and that gave them the disparity at the free-throw line. They were just going at us and we didn’t offer much resistance whatsoever. Six-point lead at the half and then the first three defensive possessions of the second half set the tone.

“We did nothing and then they just got rolling and we weren’t up for the task. … We’ve got to get back to defending or we’re not going to win.”

The Pistons have a chance to solidify their playoff position in the next few weeks when they play 10 of their next 11 at home, where they are 13-6.

The Pistons are 3-6 since Jackson was injured.