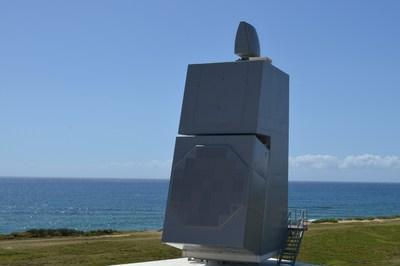 April 22 (UPI) — Raytheon has been awarded a $ 28 million contract for integration and production support of the AN/SPY-6(V) air and missile defense radar for the U.S. Navy.

The contract will include support for continued combat system integration and testing, engineering, training, software and depot maintenance as well as field engineering services, the Defense Department announced Friday.

Work is expected to be completed by this December.

The work will be performed at various locations, including 64 percent in Raytheon’s plant in Marlborough, Mass.; as well as 18 percent in Kauai, Hawaii; 8 percent in Portsmouth, R.I.; 7 percent in San Diego; 2 percent in Fair Lakes, Va., and 1 percent in Moorestown, N.J.

Naval fiscal 2017, 2018, and 2019 shipbuilding and conversion funds in the amount of $ 25 million will be obligated at time of award. Funds will not expire at the end of the current fiscal year.

The radar is on schedule for delivery to the Navy in 2020, replacing the SPY-1 radar.

In February, the Spy-6 air and missile defense radar system successfully completed its most challenging test. It searched for, detected and maintained track of a short-range ballistic missile target launched from the Pacific Missile Range Facility in Kauai, Hawaii.

Because the radar is built using blocks called radar modular assemblies, Raytheon bills the new radar system as the first “truly scalable” radar. The boxes can be stacked and connected to form “any size array to fit the mission requirements of any ships,” the company said.

The AN/SPY-6(V) radar is projected to be included on the new DDG-51 Flight III destroyer, which has “vastly increased capability” over DDG 51 Flight IIA ships, according to the Navy.

The second Flight III destroyer, the USS Louis H. Wilson Jr., is being built by General Dynamics’ Bath Iron Works in Maine and the USS Ted Stevens will be constructed by Huntington Ingalls in Mississippi.