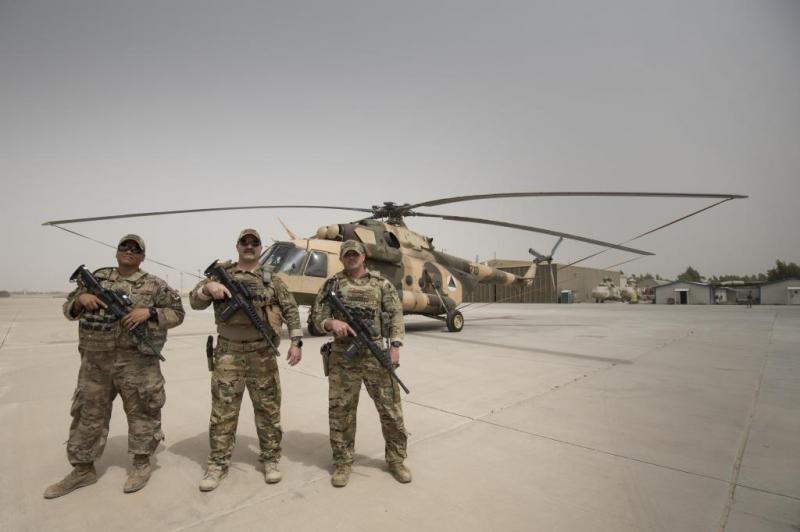 Aug. 1 (UPI) — The U.S. Army has awarded a $ 108 million contract to Raytheon for training of the Afghan air force as part of an effort to “help create a self-sustaining force.”

The deal, announced Thursday by Raytheon, has the company developing the Afghanistan Air Force Aircraft Maintenance Training, or AMT, program, under the U.S. Army’s Program Executive Office for Simulation, Training and Instrumentation.

“Our training is helping the Afghan military develop into a self-sustaining force,” Bob williams, vice president of global training solutions at Raytheon’s intelligence, information and services unit, said in a press release. “The program will increase the Afghanistan air force’s capabilities and help ensure future security.”

The Defense Department Inspector General said in January 2018 that the Afghan air force needed to start taking responsibility for maintaining its fleet itself, stating that previous maintenance contracts prevented the transfer of responsibility.

The new program, which will be directed by the Combined Security Transition Command-Afghanistan and Train Advise Assist Command-Air, falls under a contract awarded to Raytheon in 2018 by the U.S. Army Contracting Command.

That deal, valued at up to $ 2.4 billion over five years, made Raytheon one of the contractors in the Enterprise Training Services Contract, or ETSC, was awarded in June 2018. The purpose of the overall, multi-award contract was to have Raytheon provide training and readiness across the U.S. Army up to joint task force levels.