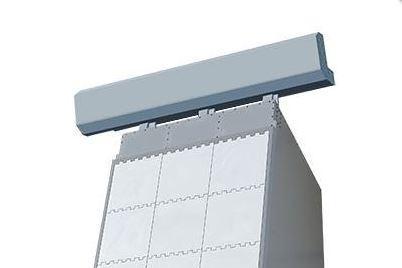 The rotating array of radar components was mounted on a 100-foot tower at the Navy’s Surface Combat Systems Center at Wallops Island, Va., and will undergo systems-level tracking of aircraft through the end of the year.

The EASR system, a collection of radar devices on a 36-square foot platform and an element in the SPY-6 air and missile defense radar system, is the Navy’s next generation radar for aircraft carriers and amphibious warfare ships.

And its development has been quick.

Raytheon’s AN/SPY-6(V)2 cleared tests in Hawaii in February and an AN/SPY-6(V)1 AMDR array searched for, detected and maintained track of a short-range ballistic missile target launched from the Pacific Missile Range Facility in Kauai, Hawaii, in September 2018.

“Going from ‘cold steel’ to a fully calibrated radar in less than one year is no small feat, but that’s exactly what we accomplished with EASR,” U.S. Navy Cpt. Jason Hall, Program Manager for Above Water Sensors, Program Executive Office Integrated Warfare Systems, said in a Raytheon press release.