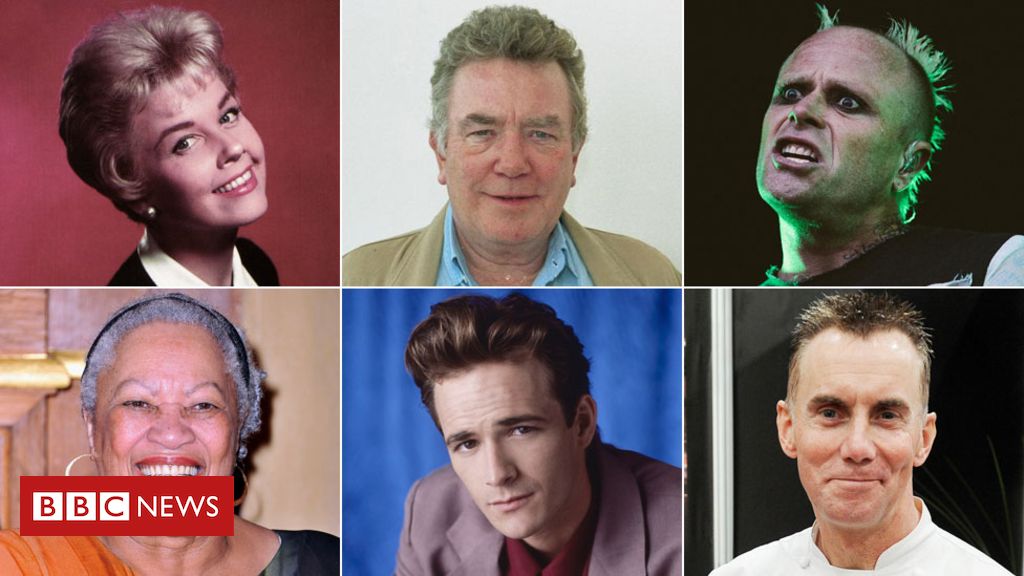 As the year draws to a close, it is time to remember the figures from the worlds of arts and entertainment who died in 2019. Here is a look back at some of those to whom we said farewell.

The year was still young when we said goodbye to Broadway star Carol Channing, It Ain’t Half Hot Mum actor Windsor Davies and BBC presenter Dianne Oxberry. We also lost:

March was the month we bid a sad farewell to Keith Flint of The Prodigy, Beverly Hills 90210 actor Luke Perry and rock enigma Scott Walker. We also lost:

Star Wars actor Peter Mayhew, EastEnders actress Sandy Ratcliff and film-maker John Singleton were among those who left us in April. We also lost:

May saw actress and singer Doris Day, comedian Freddie Starr and newsreader Nan Winton depart at the ages of 97, 76 and 93 respectively. We also lost:

Blake’s 7 actor Paul Darrow, fashion icon Gloria Vanderbilt and Italian director Franco Zeffirelli were among those who took their leave in June. We also lost:

The sudden death of Disney star Cameron Boyce at the age of 20 was one of a number of sad farewells in a month which also saw Blade Runner actor Rutger Hauer and Broadway producer Hal Prince depart. We also lost:

Easy Rider actor Peter Fonda, author Toni Morrison and Home and Away actor Ben Unwin were among those who departed in August. We also lost:

On a single day in November, it was confirmed that Australian broadcaster Clive James, theatre director Jonathan Miller and celebrity chef Gary Rhodes had died. We also lost:

In the last month of 2019, we said goodbye to nature broadcaster David Bellamy, actor Tony Britton and singer Kenny Lynch. We also lost: