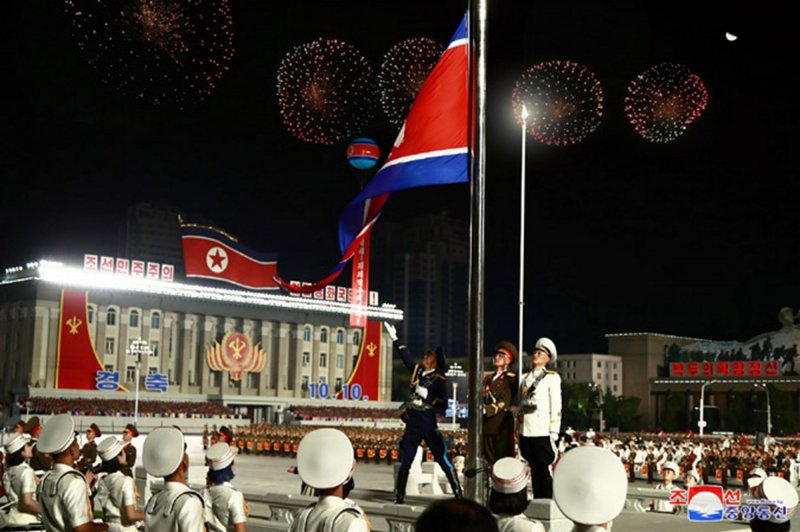 Seoul, March 4 (UPI) — Commercial satellite imagery shows that a coal-fired steam plant is in operation at North Korea‘s Yongbyon nuclear facility in possible preparation to extract plutonium for weapons, according to an analysis by U.S. website 38 North.

In a report published Wednesday, satellite images from Feb. 25 and March 2 revealed smoke coming from a steam plant that provides heat to Yongbyon’s radiochemical laboratory.

“Smoke was observed emanating from the plant’s smokestack at various times from late-February and early March, suggesting that preparations for spent fuel reprocessing could be underway to extract plutonium needed for North Korea’s nuclear weapons,” the 38 North report said.

“However,” the report added, “this could also mean simply the facility is being prepped to handle radioactive waste.”

The activity at the steam plant was the first detected in nearly two years.

“While there were hints of a plume from the stack observed in May 2018, rarely has such clear evidence of the steam plant’s operation been observed,” the report said.

On Monday, the director general of the International Atomic Energy Agency, Rafael Mariano Grossi, expressed concern about the apparent activity of the steam plant as well as other facilities in North Korea.

“The DPRK’s nuclear activities remain a cause for serious concern,” Grossi said in a statement to the IAEA’s board of governors. “The continuation of the DPRK’s nuclear program is a clear violation of relevant U.N. Security Council resolutions and is deeply regrettable.”

The Democratic People’s Republic of Korea is the official name of North Korea.

In another satellite image analysis last month, 38 North detected that Yongbyon’s uranium enrichment plant had continued operations throughout the winter, while other activities such as facility construction and refurbishment had also resumed after a short pause.

Washington’s nuclear negotiations with Pyongyang have been stalled out since a February 2019 summit between North Korean leader Kim Jong Un and former U.S. President Donald Trump failed to produce an agreement.

At a party congress held in January, Kim Jong Un called the United States North Korea’s “principal enemy” and vowed to continue to strengthen the secretive state’s nuclear program. Pyongyang unveiled a number of new weapons at a military parade in January, including an intercontinental ballistic missile, but has not conducted any weapons tests so far this year.

A U.S. Department of Defense-connected think tank, the Institute for National Strategic Studies, said in a November report that North Korea may have up to 60 nuclear weapons.

The administration of U.S. President Joe Biden has said it is conducting a review of Washington’s policy towards Pyongyang but has not yet come out with a specific roadmap for addressing the nuclear-armed state.

In his first major policy address, delivered Wednesday, Secretary of State Antony Blinken did not include North Korea among the top priorities facing the United States, which included climate change, COVID-19 and the threat of China. Blinken briefly mentioned North Korea, listing it alongside Russia and Iran as countries that “present us with serious challenges.”