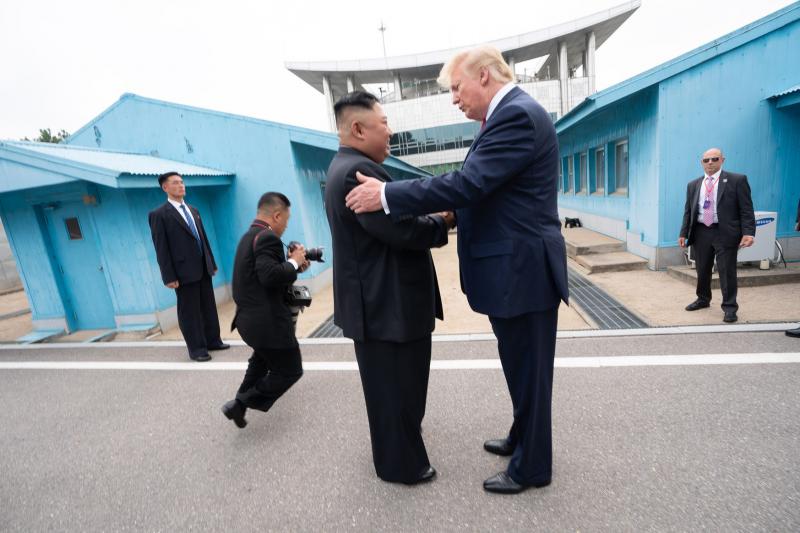 SEOUL, Sept. 12 (UPI) — Working-level talks expected to take place between the United States and North Korea late this month are part of a process to draft an agreement to be signed at the countries’ next summit, a pro-Pyongyang newspaper in Japan said Thursday.

Earlier this week, the North expressed a willingness to hold working-level talks with the United States in late September in what would mark a resumption of the negotiating process that reached a deadlock with February’s no-deal summit between U.S. President Donald Trump and North Korean leader Kim Jong Un.

The Choson Sinbo newspaper said the upcoming talks are a “process to discuss and fine-tune the content to be included in an agreement to be signed at a summit” and therefore, the negotiating teams bear a heavy responsibility.

DPRK is a short for the North’s official name, the Democratic People’s Republic of Korea.

The paper, run by the pro-North Korea General Association of Korean Residents in Japan, or Chongryon, is not part of the North’s official state media, but its articles are considered reflections of Pyongyang’s positions.

The fate of the upcoming talks will depend on what proposal the United States will put forward, the paper said, recalling the North’s warning that dealings between Washington and Pyongyang could come to an end if the United States comes out with “the worn-out scenario” that led to the breakdown of February’s summit.

“If the working-level talks break down and dialogue is suspended, the DPRK cannot help but seek a new way in 2020, when the U.S. holds a presidential election,” the paper said. “The Trump administration should not miss a chance to strike a deal.”