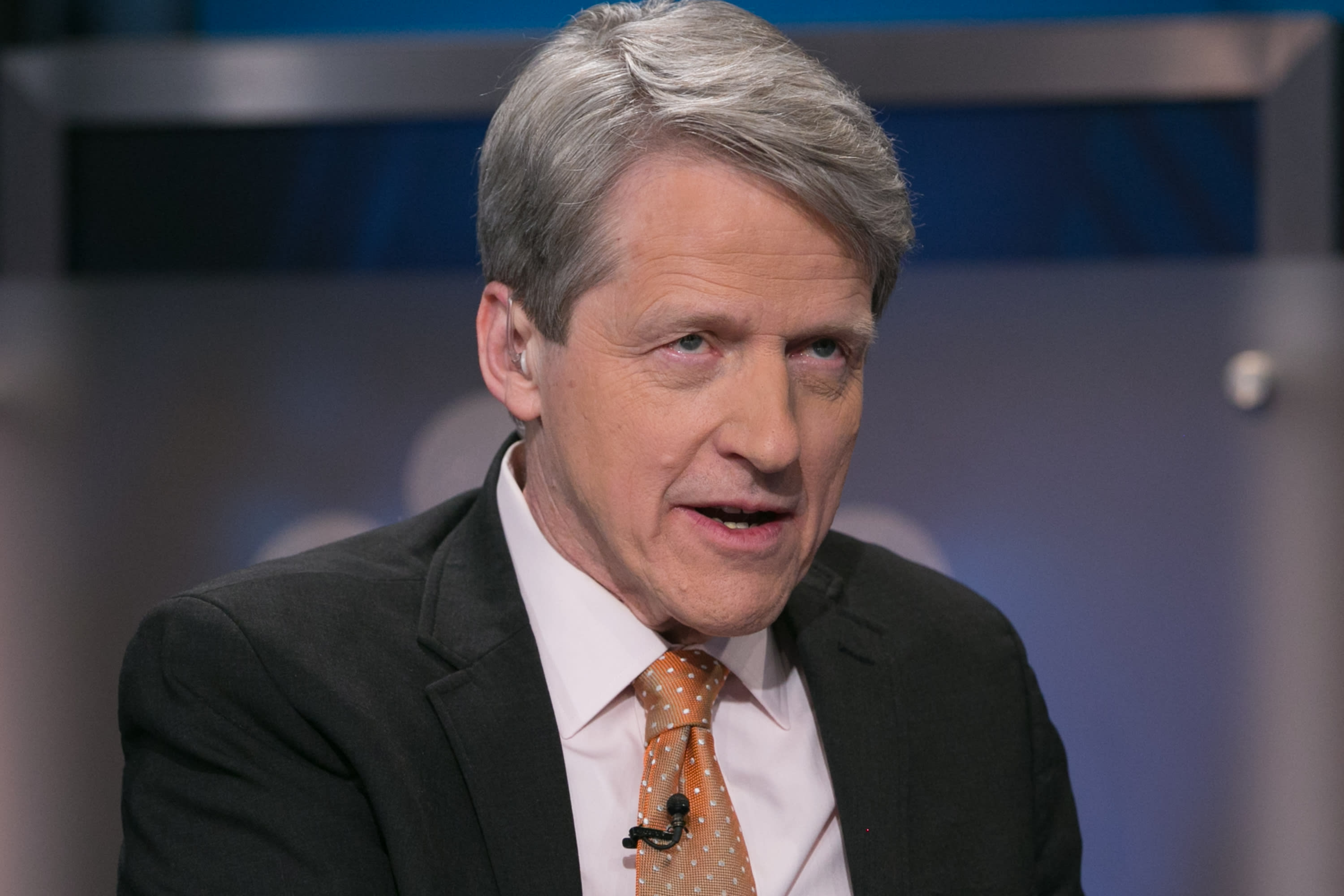 Shiller, who won the Nobel Prize in 2013, is known for predicting the 2000 stock market plunge and the 2006 housing bubble. He wrote this year’s book “Narrative Economics,” which digs into the idea that popular stories help drive economic events.

It’s a concept that applies to the current market dynamics and the importance of psychology, according to Shiller.

“It may not be so logical. It may be more, as I said, of animal spirits,” he said. “This is an emotion that you feel at a certain time that you sense you see in other people. So when you see other people feeling confident about the market, you feel more confident yourself.”

Even though Shiller also cites a strong economy for market gains, he warns there could be a big price to pay down the line as valuations climb.

He builds his case by highlighting the Shiller PE Ratio, known as CAPE. It shows the price-to-earnings ratio based on average inflation-adjusted earnings over the past 10 years is at an uncomfortable level, right now.

“Eventually, it gets out of whack”

For now, he appears to be in the 2020 bull market camp. Shiller, who is not serving as a presidential campaign advisor, thinks there’s a very good chance President Trump will get re-elected and a recession may be years away.

“We might see a continuation of the Trump boom for a while despite the impeachment,” Shiller said. “I could easily see that happening.”

On Friday, the major stock market indexes hit all-time highs. The S&P 500 is now up 29% so far this year while the tech-heavy Nasdaq has soared 35%.