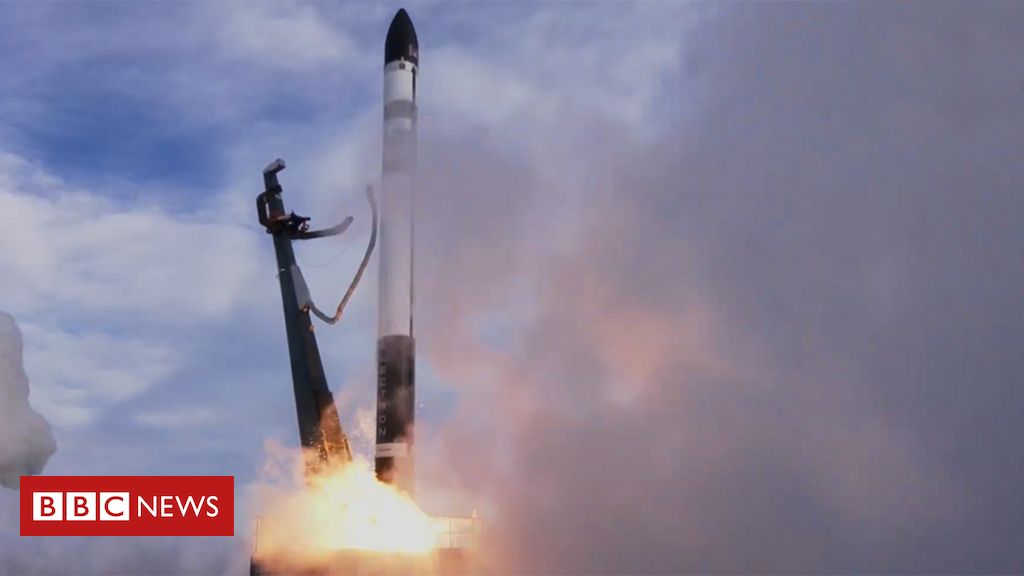 The American launch company that flies its rockets out of New Zealand has lost its latest mission.

All satellite payloads are assumed to have been destroyed.

These included imaging spacecraft from Canon Electronics of Japan and Planet Labs Inc of California, as well as a technology demonstration platform from a UK start-up called In-Space Missions.

“I am incredibly sorry that we failed to deliver our customers’ satellites today. Rest assured we will find the issue, correct it and be back on the pad soon,” he said on Twitter.

Rocket Lab has made everyone in the space sector sit up since it debuted its Electron vehicle in 2017. It’s at the head of a wave of new outfits that want to operate compact rockets to service the emerging market for small satellites.

Saturday’s lift-off from New Zealand was the Electron’s 13th outing to date. All prior launches had been a complete success, bar the very first which failed to reach its intended orbit.

What went wrong this time is unclear. Video footage showed the rocket’s second-stage engine operating normally five minutes and 40 seconds into the flight, at an altitude of 192km, and at a speed of 3.8km/s. The video feed then froze.

The main payload on board was a satellite from Canon Electronics – part of a series the company is producing to image features on the ground smaller than a metre across.

Planet, which operates the largest network of imaging spacecraft in orbit, was trying to loft five of its latest iteration of satellite. Because the San Francisco company produces and launches so many spacecraft, it will more easily bounce back from this failure.

But for the In-Space Missions start-up, the Electron’s loss is a major disappointment. Its Faraday-1 platform was to be the showcase of the company’s new service.

Faraday-1 was a kind of “car pool” satellite that allowed third parties to fly payloads into orbit without the requirement to build and fund a whole spacecraft themselves. They just needed to rent a “seat” with In-Space.

The European aerospace giant Airbus had even taken a slot in Faraday-1 to trial new radio technology. Called Prometheus, this equipment was to have conducted a radio-frequency survey, scanning the globe for distress beacons and the activities of military radars.

In-Space, which is based in Bordon, Hampshire, tweeted: “The In-Space team is absolutely gutted by this news. Two years of hard work from an incredibly committed group of brilliant engineers up in smoke. It really was a very cool little spacecraft.”

Future missions are already in production.