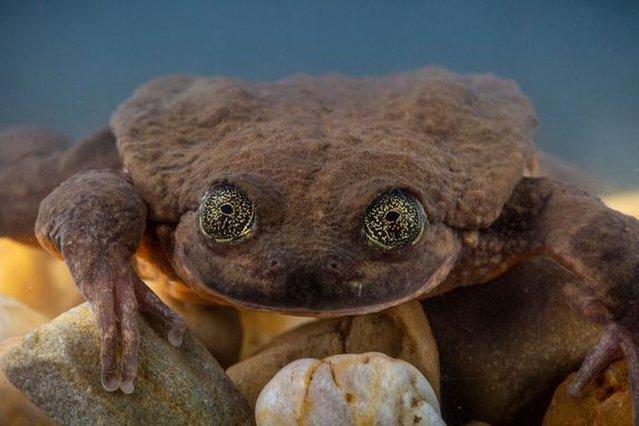 Jan. 15 (UPI) — The world’s loneliest frog, single for a decade, is finally getting a date.

For the last ten years, Romeo, a rare Sehuencas water frog, has lived in isolation at Museo de Historia Natural Alcide d’Orbigny in Bolivia. He’s known only the company of biologists and museum visitors.

Last year, researchers set up an online dating profile to draw attention to Romeo’s plight. This year, they have a better gift, female frogs.

Recently, scientists discovered five Sehuencas water frogs in a remote Bolivian cloud forest. The frogs, including two females, were safely captured and brought to the museum.

Currently, the valuable captives are getting used to their artificial habitat. Their confines are designed to mimic their natural habitat, but scientists want to give the frogs time to adjust. Soon, scientists will introduce Romeo to the female closest to his age, with hopes that the two will mate.

If the newly energized Sehuencas water frog breeding program is successful, future generations of the rare species will be reintroduced to the wild.

Romeo hasn’t had much practice socializing, let alone courting, while his soon-to-be companion, Juliet, is quite outgoing.

“Romeo is really calm and relaxed and doesn’t move a whole lot. He’s healthy and likes to eat, but he is kind of shy and slow,” Teresa Camacho Badani, chief of herpetology at the museum, told BBC News. “She’s really energetic, she swims a lot and she eats a lot and sometimes she tries to escape.”

The Sequences water frog is one of many amphibians in Bolivia facing threats of extinction. Habitat destruction, pollution and climate change have shrunk the populations of many vulnerable species.