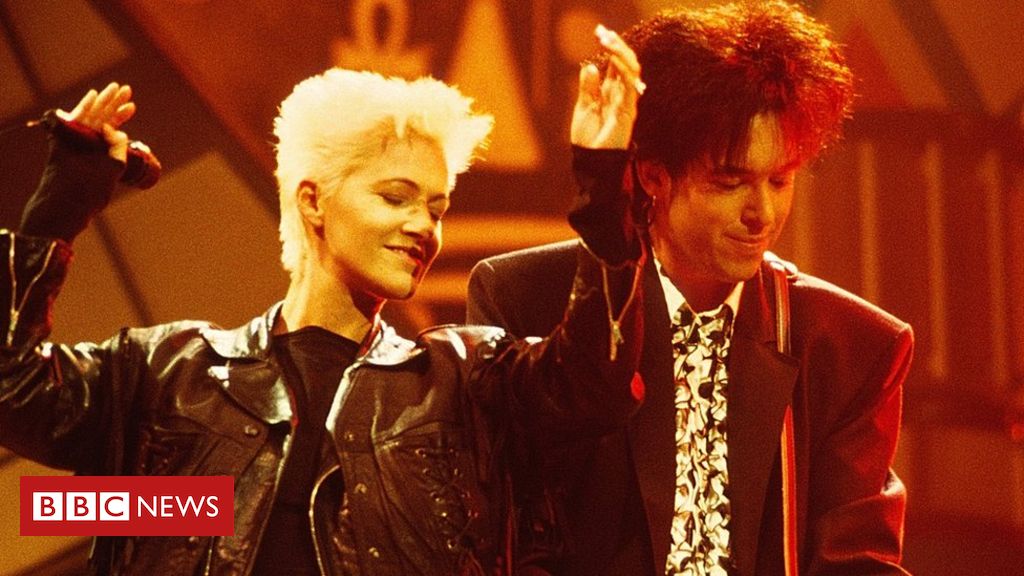 The Swedish star achieved global success in the 1990s with hits like Joyride, The Look and It Must Have Been Love, from the film Pretty Woman.

A statement said the singer had died on Monday, 9 December “following a 17-year long battle with cancer”.

“You were the most wonderful friend for over 40 years,” her bandmate Per Gessle said. “Things will never be the same.”

Fredriksson was first diagnosed with a brain tumour in 2002, after collapsing in her kitchen following a workout.

The tumour cost her the vision in her right eye – but after three years of treatment, she returned to public life and toured successfully again with Roxette from 2008 to 2016.

However, the cancer eventually returned: Fredriksson’s family said she had died following a recurrence of “her previous illness” earlier this week.

“Thank you, Marie, thanks for everything,” said Gessle in a heartfelt statement.

“You were an outstanding musician, a master of the voice, an amazing performer. Thanks for painting my black and white songs in the most beautiful colours. You were the most wonderful friend for over 40 years.

“I’m proud, honoured and happy to have been able to share so much of your time, talent, warmth, generosity and sense of humour. All my love goes out to you and your family.”

“Her amazing voice – both strong and sensitive – and her magical live performances will be remembered by all of us who were lucky enough to witness them. But we also remember a wonderful person with a huge appetite for life, and woman with a very big heart who cared for everybody she met.”

Hailing from Halmstad, Sweden, Roxette first met in the late 1970s, when Fredriksson was a member of the pop outfit Strul & Ma Mas Barn and Gessle was playing with Gyllene Tider, one of Sweden’s biggest groups.

They teamed up in 1986, becoming huge stars in their homeland with the single Neverending Love, followed by a hit album, Pearls of Passion.

Despite their popularity in Scandinavia, Capitol Records declined to release their records in the US.

It wasn’t until an American student studying in Sweden brought a copy of their second album home to Minneapolis, and persuaded a local radio DJ to play The Look, that they achieved international fame.

That song became the first of four US number ones for the band, while its parent album, Look Sharp!, went platinum.

They achieved their biggest success when their 1987 Christmas single, It Must Have Been Love, was re-written for inclusion on the Pretty Woman soundtrack in 1990. It topped the charts in more than 10 countries, and gave the band their biggest UK hit, reaching number three.

Known for breezy pop hits like Dressed For Success and power ballads such as Listen To Your Heart, they cheekily summarised their songwriting philosophy in the title to their 1995 greatest hits album, Don’t Bore Us, Get To The Chorus.

After a brief hiatus, during which Gessle reunited with Gyllene Tider, the duo scored further hit albums with 1999’s Have a Nice Day, and 2001’s Room Service.

“Suddenly the change was here,” she sang, “Cold as ice and full of fear / There was nothing I could do / I saw slow motion pictures / Of me and you.”

The singer took up painting during her treatment, but surprised Roxette fans by making a return to the stage with Gessle in Amsterdam in 2008.

The band later mounted a comeback tour that sold out venues across Europe, and released several new albums but, by 2016, Fredriksson’s health was failing and doctors advised her to stop touring.

In her autobiography, the singer wrote about the impact cancer had on her life.

“At last, it feels like I have reconciled myself to having a radiation injury to live with. That this is how it turned out,” she said in The Love Of Life.

“I have lost many years through the disease. And it is also a sadness to age. But every day I think I’m grateful to be sitting here. And that I can still sing.”

In her final single, 2018’s Sing Me A Song, the star appeared to address her mortality, singing: “The love I had and gave / Makes it hard to say goodbye” over an elegant, mournful jazz backing.

Fredriksson is survived by her husband Mikael Bolyos and their two children.