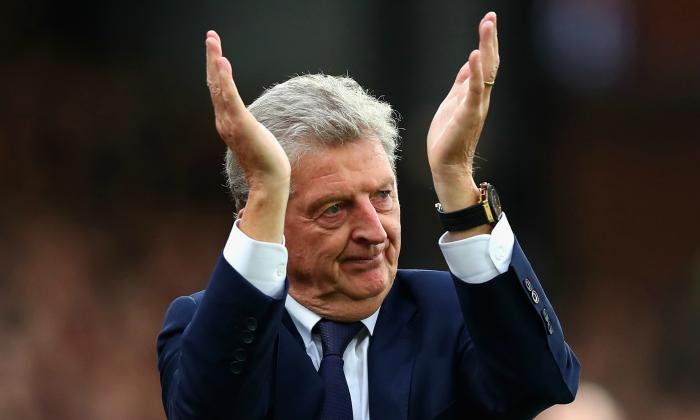 Roy Hodgson’s Crystal Palace are fighting to resist the “party” that has followed the “funeral” of their troubling start to the season.

On Saturday they visit Newcastle hoping to build on last week’s 2-1 defeat of Premier League champions Chelsea, in which in their eighth fixture they scored their first goals of the league season and also earned their first points.

That one result, in which the fit-again Wilfried Zaha excelled in a front two with Andros Townsend while Mamadou Sakho provided stability in defence, has transformed Palace from near-certainties for relegation to a team expecting to survive.

At St James’ Park they will be further strengthened by the return to fitness of goalkeeper Wayne Hennessey, who will compete for selection with Julian Speroni, and the availability of the on-loan Ruben Loftus-Cheek.

“Football’s a constant succession of parties and funerals,” said Hodgson.

“It’s about victories and defeats. That’s never going to change. You have to be careful as a coach or manager to even those things out a little bit and not allow people to think every defeat is some sort of funeral atmosphere or every win is euphoria.

“We’ve got to get somewhere in between those two things.

“Of course it’s much nicer when you have a win. People spend a nicer weekend, they come into training with a smile on their face, looking forward to the work and sometimes when they don’t have that victory behind them to put their smile on their faces they need lifting up.

“An important part of any coach’s work is to make certain there is balance to the whole thing and that we keep in mind the crucial factor which is unless you work hard at your game every day, there won’t be good moments. The good moments help us to prove to the players your work is paying off.”

On Saturday at Newcastle Hodgson opposes Rafael Benitez, whom he succeeded as Liverpool manager, and the 70-year-old said: “Newcastle are a good footballing team. I watched them at Southampton (where they drew 2-2 last weekend) and they were every bit as good as I expected.

“They are a well-organised team with a clear idea of what they want to do with and without the ball. We have to give exactly the same performance that we did against Chelsea.

“When you watch (Newcastle) play you can see it’s a team which has obviously had some work done on it. For me as a fellow coach I can only say congratulations on a good job of work.”