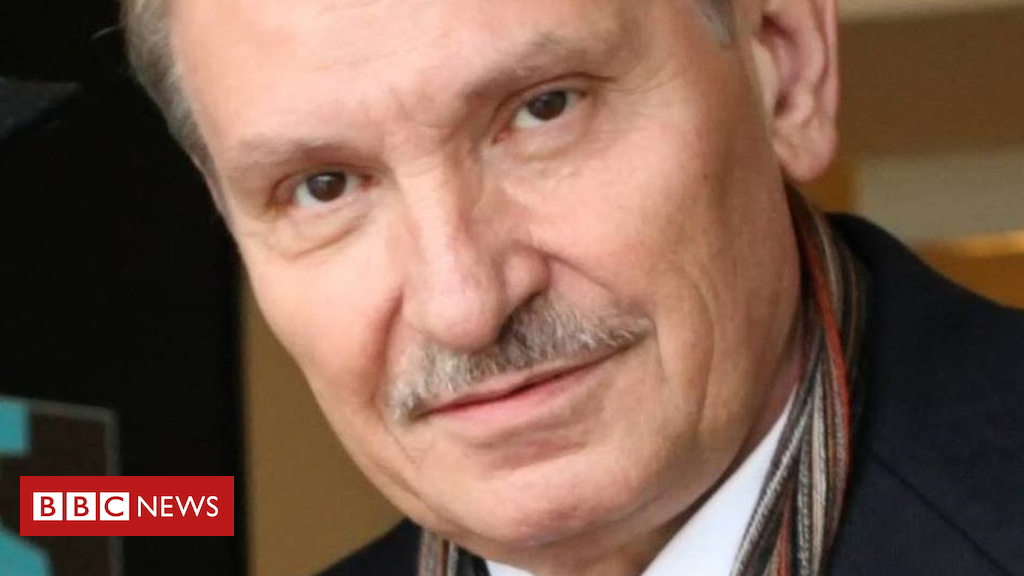 UK police have launched a murder investigation after the death of Russian businessman Nikolai Glushkov in south-west London.

Mr Glushkov was found dead at his home in New Malden on 12 March.

A post-mortem examination revealed Mr Glushkov, who was 68, died from “compression to the neck”.

There is, at this stage, no evidence linking the death to the attempted murder of a former Russian spy and his daughter in Salisbury, police say.

Detectives are retaining an open mind and are appealing for any information that will assist the investigation.

In particular, they are appealing for anyone who may have seen or heard anything suspicious at or near his home in Clarence Avenue, New Malden, between Sunday 11 March and Monday 12 March to contact them.

Police on Friday continued to guard the home lived in by Mr Glushkov. A blue and a purple tent was erected to cover the front drive of the property, which has been cordoned off along with several adjoining properties either side.

He was jailed in 1999 for five years after being charged with money laundering and fraud.

After being given a suspended sentence for another count of fraud in 2006, he was granted political asylum in the UK in 2010 and became a critic of Russian President Vladimir Putin.

Former PR and advertising executive Lord Bell, who was a close friend of Mr Glushkov, described him as a “very charming, funny, affectionate man who had a troubled past”.

Kate Fitzsimmons, an 87-year-old neighbour of Mr Glushkov, said he was “just an ordinary friendly Englishman” who would wave at her across the road.

She said his death and the subsequent police activity was a “big shock”.

Mr Glushkov had a close friendship with fellow Russian businessman Boris Berezovsky, who came to the UK in 1999 after falling out with Mr Putin.

Mr Berezovsky was found hanged in the bathroom of his Berkshire home in 2013 and an inquest recorded an open verdict.

Meanwhile, Russia’s investigative committee has said it has opened a criminal case investigation into “the murder” of Mr Glushkov and the “attempted murder” of Yulia Skripal.

Ms Skripal and her father, the former Russian spy Sergei Skripal, were found unconscious on a bench in Salisbury earlier this month after being exposed to a nerve agent.

The UK government says the Skripals were poisoned with a nerve agent of a type developed by Russia called Novichok, and Prime Minister Theresa May said she believed Moscow was “culpable”.

What is significant about this case is that counter-terrorism police are investigating this murder – normally it would be done by a homicide team.

Scotland Yard says that is being done as a precaution because of his associations – he was a friend of Mr Berezovsky, who died in slightly mysterious circumstances, and Mr Glushkov said before he died he not believe his friend’s death was a suicide.

He was also wanted by the Russian Federation. He was on a list of people the British had refused to extradite.

In Russia, he was facing charges including large-scale fraud and embezzling money relating to Aeroflot.

Speaking during a visit to a west London military museum with the Polish foreign minister, Mr Johnson said the UK’s “quarrel is with Putin’s Kremlin”.

Mr Glushkov’s death comes in the same week as Home Secretary Amber Rudd announced that a string of deaths on UK soil are to be reinvestigated by the police and MI5 after claims of Russian involvement.

BuzzFeed News claimed to have evidence of 14 deaths that were actually murders by the Russian state or mafia allies.

In each of the cases, police investigations and inquests did not find evidence of any crime.