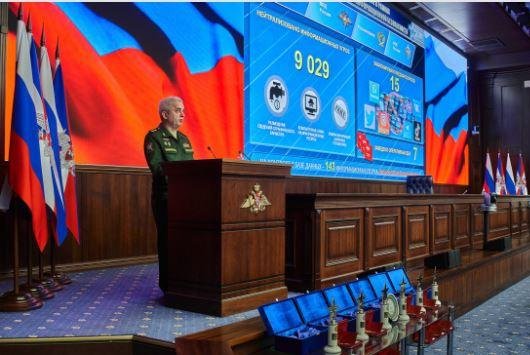 The Russian military created a closed-loop space for discussion between government authorities and the Defense Ministry within the country’s Portal system, a large collection of websites for dissemination of information.

Similar to the United States’ USA.gov, Russia’s Portal infrastructure now includes a means of securely transferring defense information. Russia has a Ministry of Digital Development responsible for enlarging public and government access to the Internet, as well as its postal system and broadcasting industry.

“[An] information exchange has been established with the constituent entities of the Russian Federation through the Portal system,” Shoigu said in a statement on Friday. “This allowed for the first time to create a confidential unified information space between different levels of government.”

He added that the cyberspace interaction with the Defense Ministry had developed “a more qualitative level of operational response and cohesion has been achieved.”

He spoke at a scientific conference in Moscow.

Shoigu noted that “the system of interdepartmental interaction withstood the test of the events of 2020,” allowing for faster action by military hospitals deployed to COVID-19 hotspots.