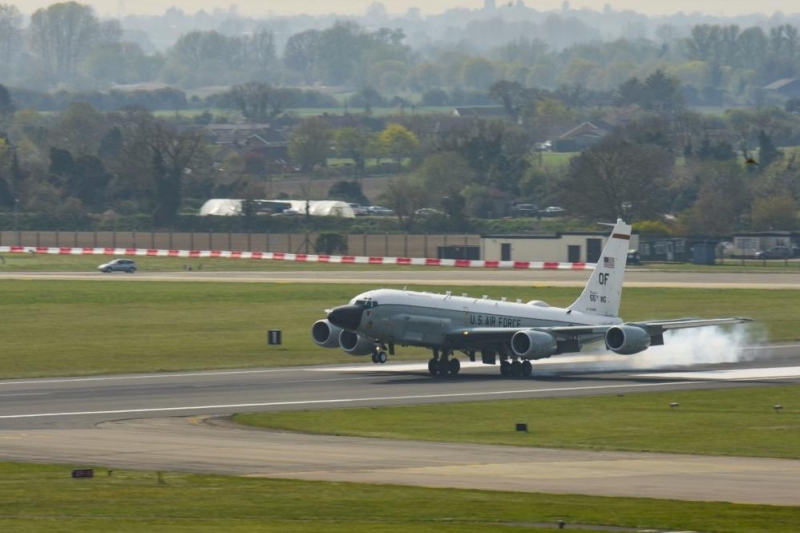 According to the Russian Defense Ministry, Russian radars detected the plane in international airspace over neutral waters, but headed toward Russian sovereign airspace.

“Sukhoi Su-35S and MiG-31BM [fighter jets] from the Eastern Military District’s air defense forces on duty were scrambled to identify and intercept the target in midair. After approaching the target, they identified it as an RC-135 strategic reconnaissance aircraft of the US Air Force,” said a statement from the Russian Defense Ministry published by the Russian news agency Tass.

The defense ministry said the reconnaissance aircraft made a U-turn and flew away from Russian sovereign airspace, and the Russian jets returned to their home airbase.

The U.S. military has reported nine incidences of Russian aircraft near U.S. airspace in 2020, including three in June.