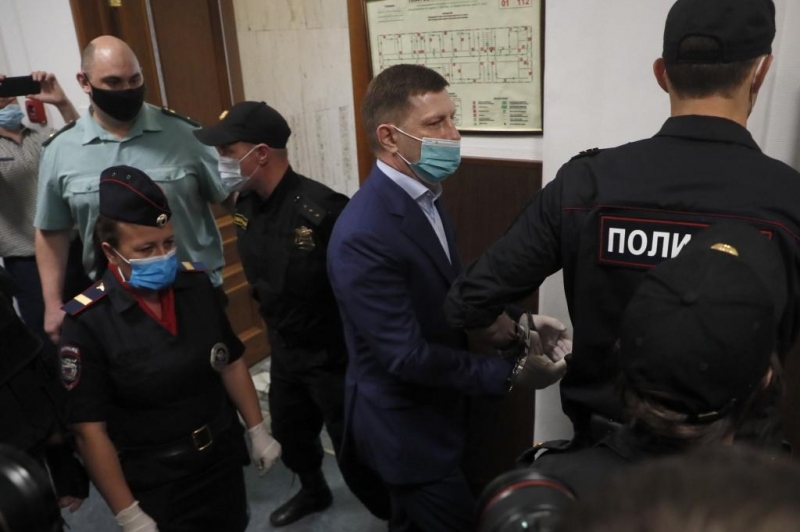 July 11 (UPI) — Tens of thousands of people protested in the Far East region of Russia Saturday, calling for the resignation of President Vladimir Putin and demanding the release of a regional governor arrested recently on murder charges.

The protests in Khabarovsk, a city bordering China, and numerous other towns were the largest in the area in many years.

Some demonstrations were comparable in size to those last summer in Moscow, where most street protests opposing Putin’s regime have taken place.

On Thursday Sergei I. Furgai, the governor of Khabarovsk Krai, a sprawling region that spans the Chinese frontier to the Arctic along the Pacific region, was arrested near his home in Khabarovsk city on suspicion of involvement in multiple murders in the early 2000s.

Furgal took office in 2018 after defeating a Kremlin-endorsed candidate, and critics said the arrest, which comes less than two weeks after a referendum that gave Putin the ability to serve beyond his term limits, is an attempt to suppress opposition to Putin.